Marketing Director Ingrid Fitzek accepted a special prize recently for BUWOG Group: at the 27th International Corporate Film Days our current image film was awarded the Prix Victoria in silver. Companies and film producers from Germany, Austria, Switzerland, Luxembourg, Liechtenstein and South Tyrol competed for the coveted awards in 16 categories. At the award ceremony at the Vienna Economic Chamber last week we received the prize in the category “Image Film” from Festival Director Alexander V. Kammel (Austrian Film Service) and were in more than good company there. Such prominent groups as Swiss Post, OMV, Deutsche Bahn and Audi received an award at the gala. The opener to the “Eurovision Song Contest 2015” won the “Grand Prix Victoria”. 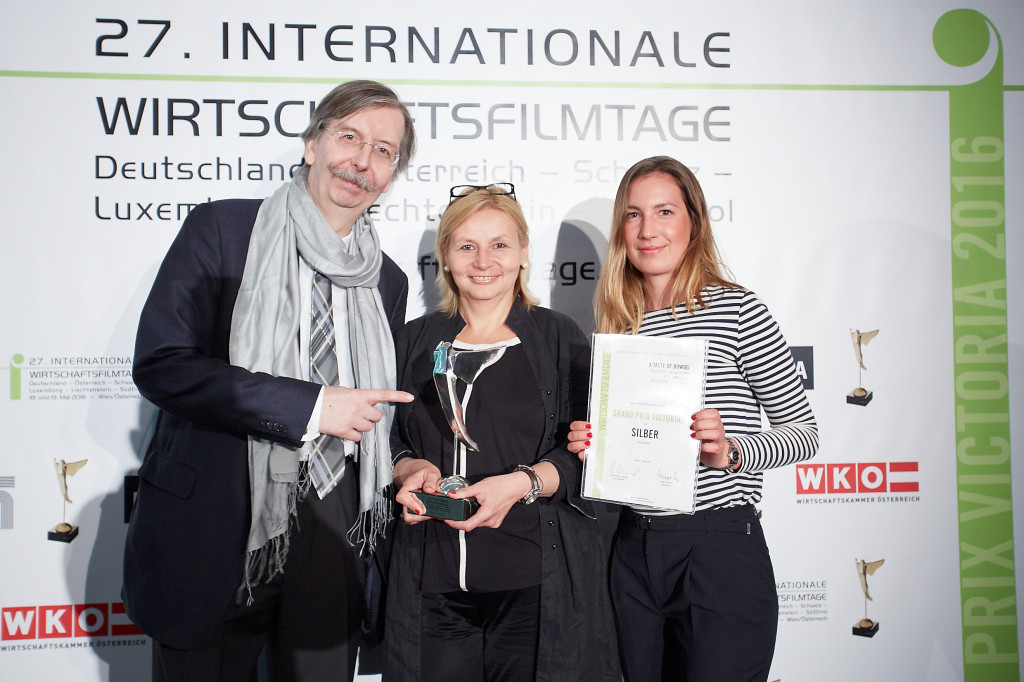 The BUWOG image film was produced by the Vienna production company ZONE Media in 2015 and was aimed at presenting our company in its entire bandwidth and, in doing so, taking an entirely new approach, which succeeded first and foremost due to the special use of music, sound and voiceover text combined with vivid imagery. A big thank you goes to the ZONE team and to all of the BUWOG colleagues at our main locations and to the participating tenants who made the creation of this film possible.

But see for yourself – this takes you to BUWOG Group’s prizewinning image film.

“And the award goes to…BUWOG” – We also got to hear this lovely phrase on 10 May at AXICA Centre on Pariser Platz in Berlin, where for the seventh time now the strongest brands in the German and Austrian real estate business were awarded and BUWOG took first place in the category “Residential Austria”, winning the Real Estate Brand Award. The basis for the evaluation are the results of EUREB Institute’s scientifically recognised Real Estate Brand Value Study. More information and a video of the ceremony are available here:

The evening was successfully hosted by EUREB CEO Harald Steiner and Miriam Pede (host on N24). The keynote speech was given by Gabor Schreier (Saffron Brand Consultants). Not only did he present his analysis on the subject of disruption in general and the effects on the real estate industry at a remarkable pace, but once again he also raised everyone’s awareness about the importance of the issue. 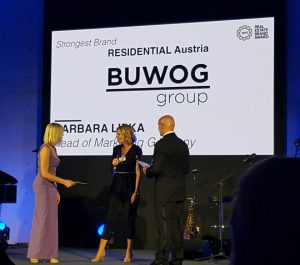 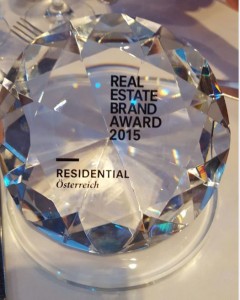 We are delighted about the two prizes, which are a special incentive for our future marketing activities.

Hello, my name is Bettina Schroft and, together with Ingrid Fitzek, I'm the "youngest" member of our MA+COM team. Not in age, but in terms of service. I've been at the company since April 2014 and, together with Ingrid, come from Tech Gate Vienna, where I was employed as an event manager.
The responsibilities in the marketing division are not unfamiliar to me; I performed them for nine years at BIG (Bundesimmobiliengeschäft), an Austrian firm for semipublicly-owned real estate. Here at BUWOG I'm delighted about the joint development of new structures – particularly with our colleagues in Germany. The creation of a new company CI and CD is always especially exciting and requires creativity as well as organisational skill. In March 2015 the second major employee event with all of the BUWOG people will take place – this time in Hamburg – looking forward to that!
To the profile ofBettina Schroft Show all posts byBettina Schroft