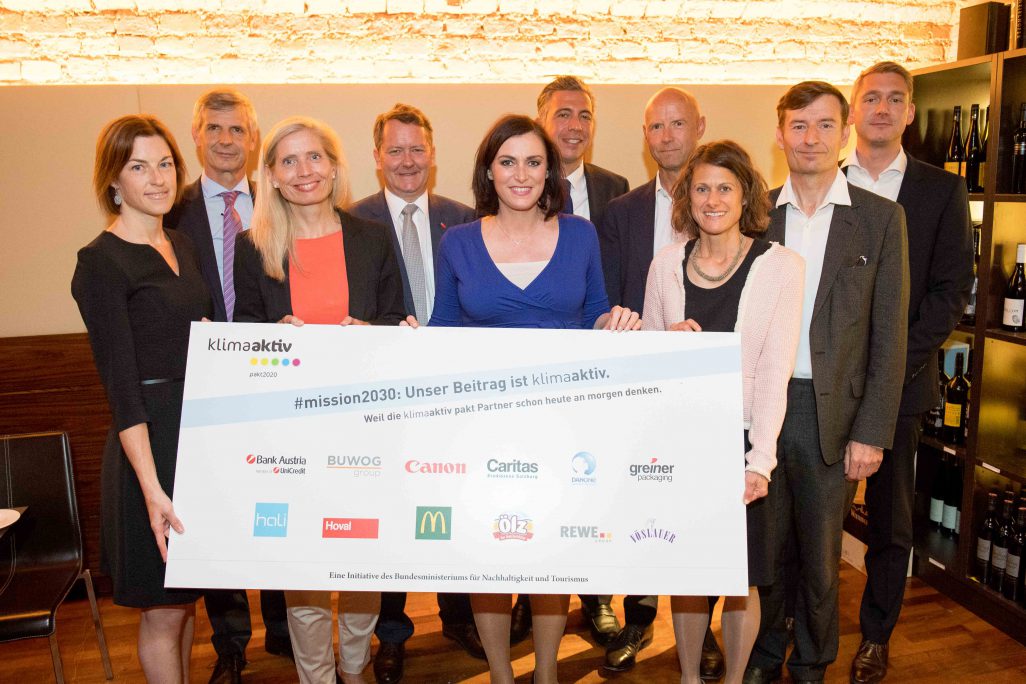 BUWOG has been a partner of the klimaaktiv programme since 2007 and part of the klimaaktiv pakt2020 since 2011. As part of this programme launched by the Austrian Federal Ministry for Sustainability and Tourism*, 12 large companies have committed to reducing their greenhouse gas emissions by a total of 96,000 tonnes per year by 2020.

In addition to the BUWOG Group, the pact partners include Bank Austria, Canon Austria, Caritas Salzburg, Danone, Greiner Packaging Austria, hali office furniture, Hoval, McDonald’s Austria, Ölz Meisterbäcker, REWE International AG and Vöslauer Mineralwasser AG. Thus within the pact we are in very good company with other leading Austrian enterprises for whom environmental action is a major concern. Since the base year of 2005, the partner companies have already reduced CO2 emissions by around 1.05 million tonnes.

Incidentally, since the beginning of 2018, it is not only the ministry that has carried the word “sustainability” in its name, but also a new “sustainability minister”, who has taken over the agendas of this important, future-oriented ministry – Elisabeth Köstinger of the ÖVP. In May, the klimaaktiv partners got acquainted with the federal minister for the first time and discussed what they had previously learned from the pact, further steps through the target year of 2020 and, of course, the strategies beyond then. For example, under the name #mission 2030 the Austrian federal government has established its new climate and energy strategy, in which the klimaaktiv partners are to also play an important role.

As a representative of BUWOG, Andreas Holler, head of property development in Austria, took part in a meeting with the federal minister and the other partners to the pact. Watch a video with Mr Holler in  Wordrap on why BUWOG is part of the klimaaktiv pact and what measures we are taking: