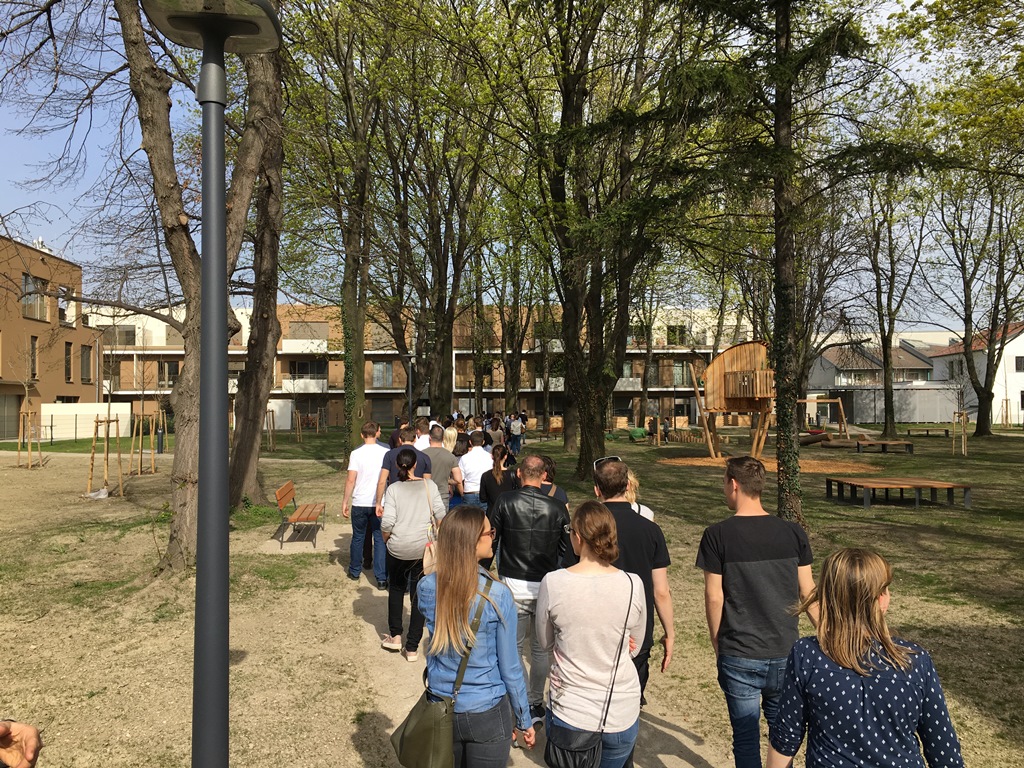 Employees who in the course of their daily work have no chance to see our development projects close up had the opportunity again in mid-April. In a joint effort, the sales team and our HR business partners organised a property tour through Vienna.

The crowd was bigger than ever: two coaches were needed to be able to take all of the interested BUWOG employees on tour. Daniel Riedl, CEO of the BUWOG Group, was also on board and got an impression of the current developments on our construction sites for himself. Peter Berchtold, head of the sales in Austria, guided the tour and inspired those who attended with exciting and entertaining information and anecdotes.

After the joint start of the tour at the location of our companys headquarter on Hietzinger Kai in the 13th district, the path led us first to Meidling for our “City Apartments” project. For the 144 privately financed condominiums, the topping out was celebrated already in January 2018. Completion is planned for summer 2018. The especially exciting thing about this project were the challenges that arose from the immediate proximity to the river Wien and the shaft of the U4 underground line – nevertheless, our team and our partner companies managed to construct the new building on schedule.

Afterward, we continued to the 15th district. The construction of our “Wohnzeile 15” project on Pfeiffergasse only recently began, which is why the progress in building and rapid development of the cellar level was all the more impressive.

After our visit to Pfeiffergasse, a longer journey followed across the Danube to the 21st district of Vienna. The BUWOG Group has two projects there: “Töllergasse T(h)ree” (Töllergasse 3) and “Freiraum: 21” (Karl-Nieschlag-Gasse 9) have already been completed and recently handed over to the residents. Both projects are a success because of their family orientation – there are green areas and (woodland) playgrounds as well as the proximity to the Alte Donau and, consequently, a wide range of opportunities for leisure and recreation.

The next stop was Seestadt Aspern in the 22nd district. Once there, the participants got a look at the three BUWOG Group projects under construction there in the Seepark district. The groundbreaking ceremony for “SeeSee Tower”, “SeeSee Home” and “SeeSee Living” projects took place already last year. Their completion is scheduled for spring 2019. 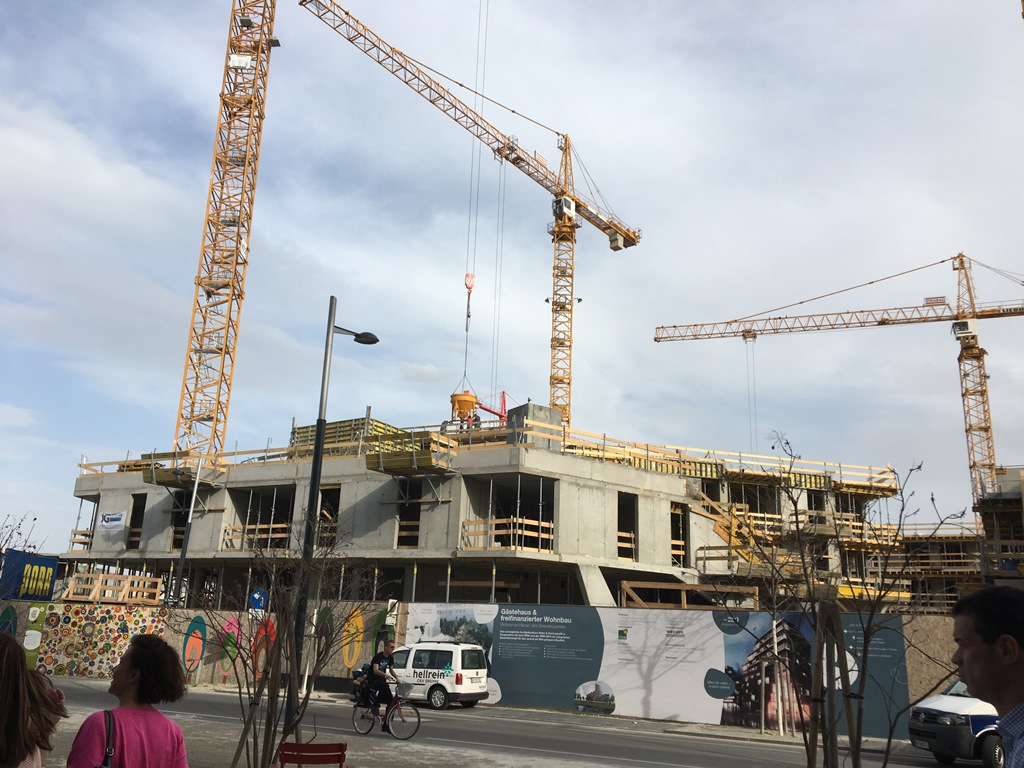 After a detour to the eastern bank of the Danube we went back to the south of Vienna. There in the 23rd district, as the final stop of the property tour, we visited what is currently our biggest construction project, “RIVUS”. It is a residential park with around 500 residential units, local shops, a kindergarten and an elementary school. A look from the rooftop of the “RIVUS Quartus” component, which was completed last year, provided a view of the entire construction site, allowing all participants to recognise the construction progress at the other components, “RIVUS I”, “RIVUS II” and “RIVUS III”. 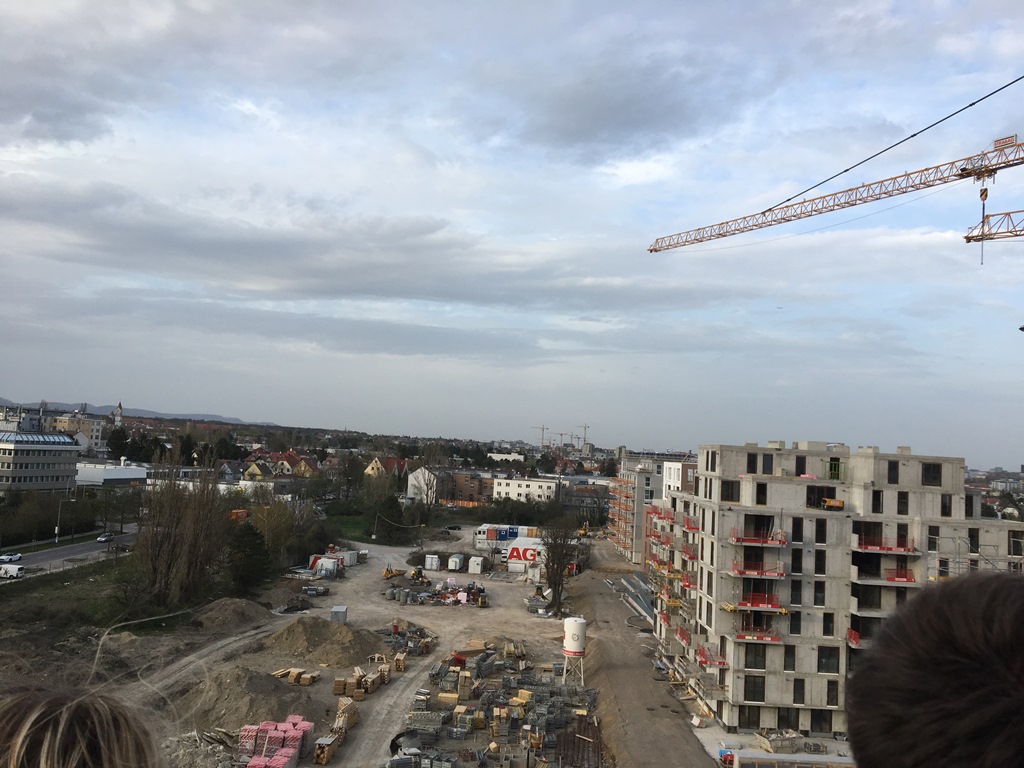 Many thanks to Peter Berchtold for the really well-guided tour and a big thank you to our Human Resources Department for the smooth organisation! We look forward to the next property tour and the upcoming progress on our projects.

Employed at BUWOG since: September 2016

My area of activity encompasses the entire spectrum of corporate communication, from press relations to internal communication to editing the various company websites. Prior to my activity at BUWOG I was employed as a PR-consultant at a Viennese communication agency.
Regarding my work at BUWOG, I especially like the good cooperation in the team and that every day there is something new and exciting to learn.