2018 began in Property Development AT with the topping-out for the project „City Apartments an der Wien“ at Wienzeile 229, not far from Schönbrunn Palace. Here, in a prime location in Meidling, the BUWOG Group is building 144 condominiums which are suited ideally for owner-occupiers as well as for investment purposes and whose marketing has already been quite successful. Only around a quarter of the apartments are currently still available. The proximity to the river Wien and the Schönbrunn and Meidling Hauptstraße underground stations as well as the good range of local suppliers speak in the project location’s favour. From a structural point of view, it was very challenging to build so close between a metro line and the river Wien, which is why I would like to thank my team and the general contractor PORR as well as all participating companies for the work completed on the construction site thus far. See photos of the topping out together with Meidling District Manager Gabriele Votava here: 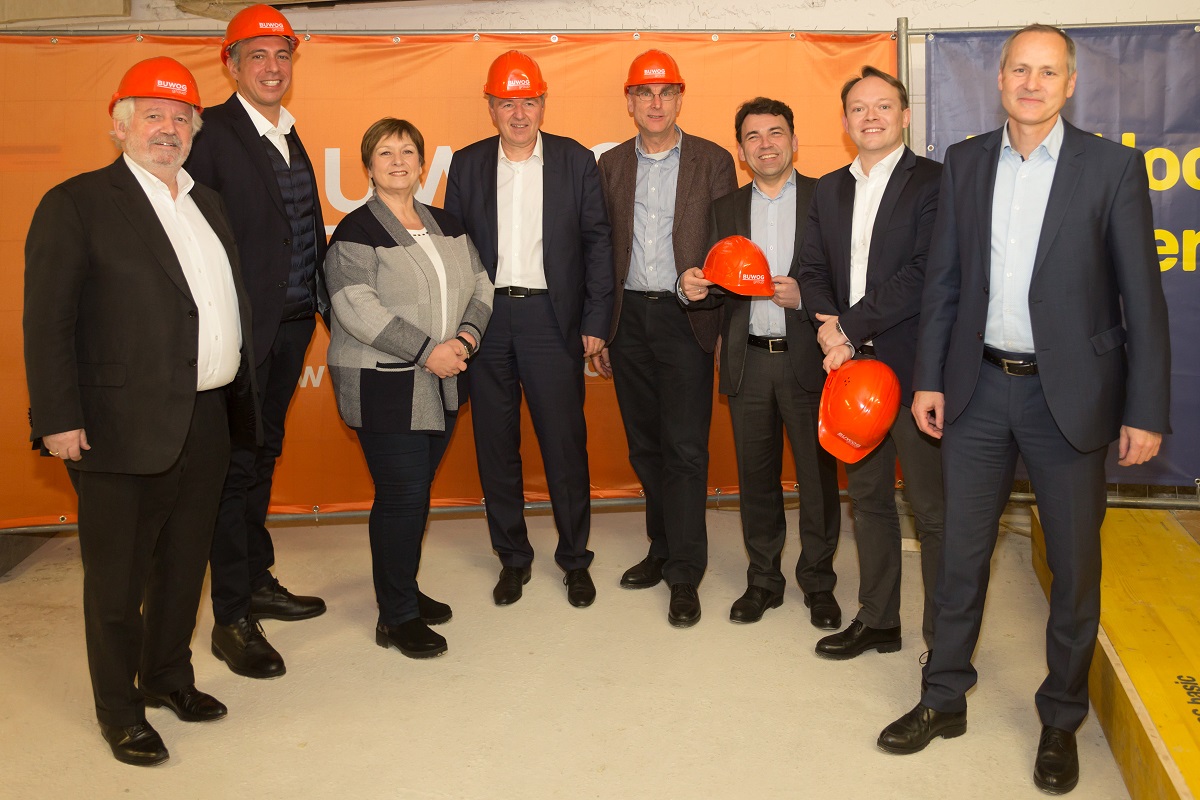 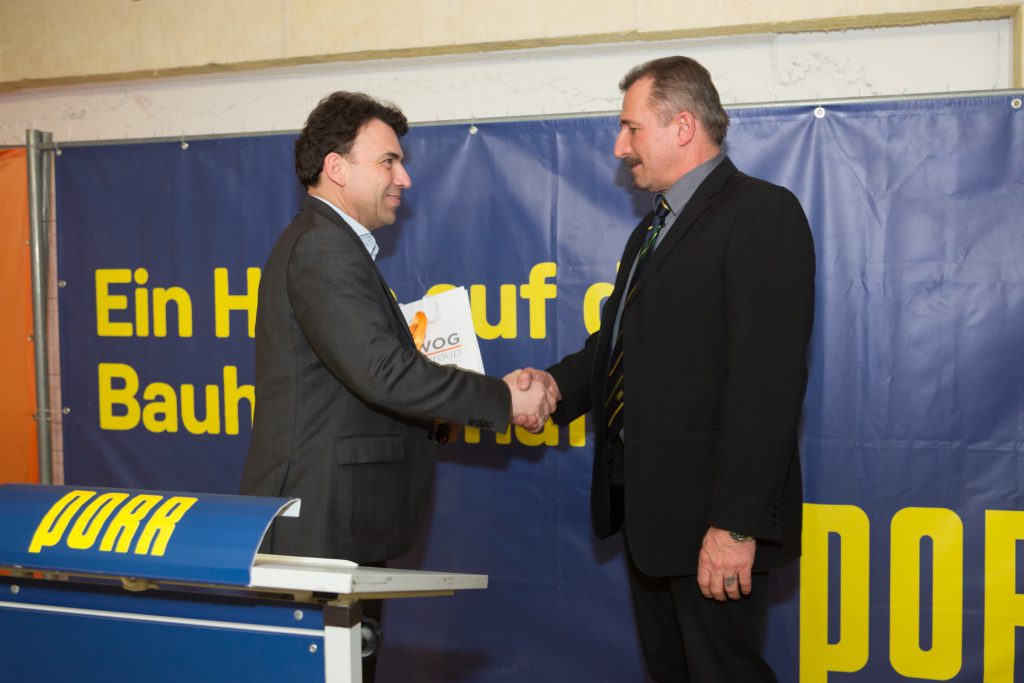 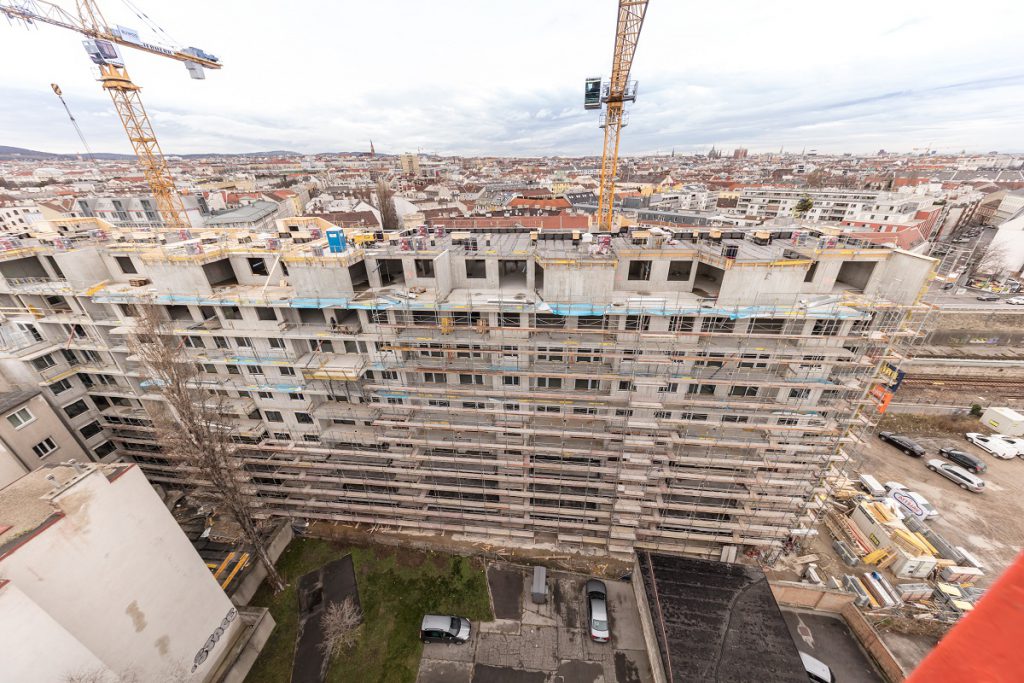 The topping out for “City Apartments” with the presentation of the topping-out payment and a view of the latest construction progress from the crane.

The excellent cooperation with the district of Meidling also became apparent through the flagship project “Southgate”, which we were able to complete two months ahead of schedule in summer last year.

I would also like to take advantage of this blog post to provide you a brief retrospective of the successes of 2017, and in this respect the completion of “Southgate” with its 78 rental apartments and 164 privately financed condominiums is one of my very personal highlights. Despite the high-traffic environment, we were able to create an oasis of calm with a body of water and a park-like facility for our residents at the location on the corner of Sagedergasse and Altmannsdorfer Straße. See photos of the key transfer in August 2017 here: 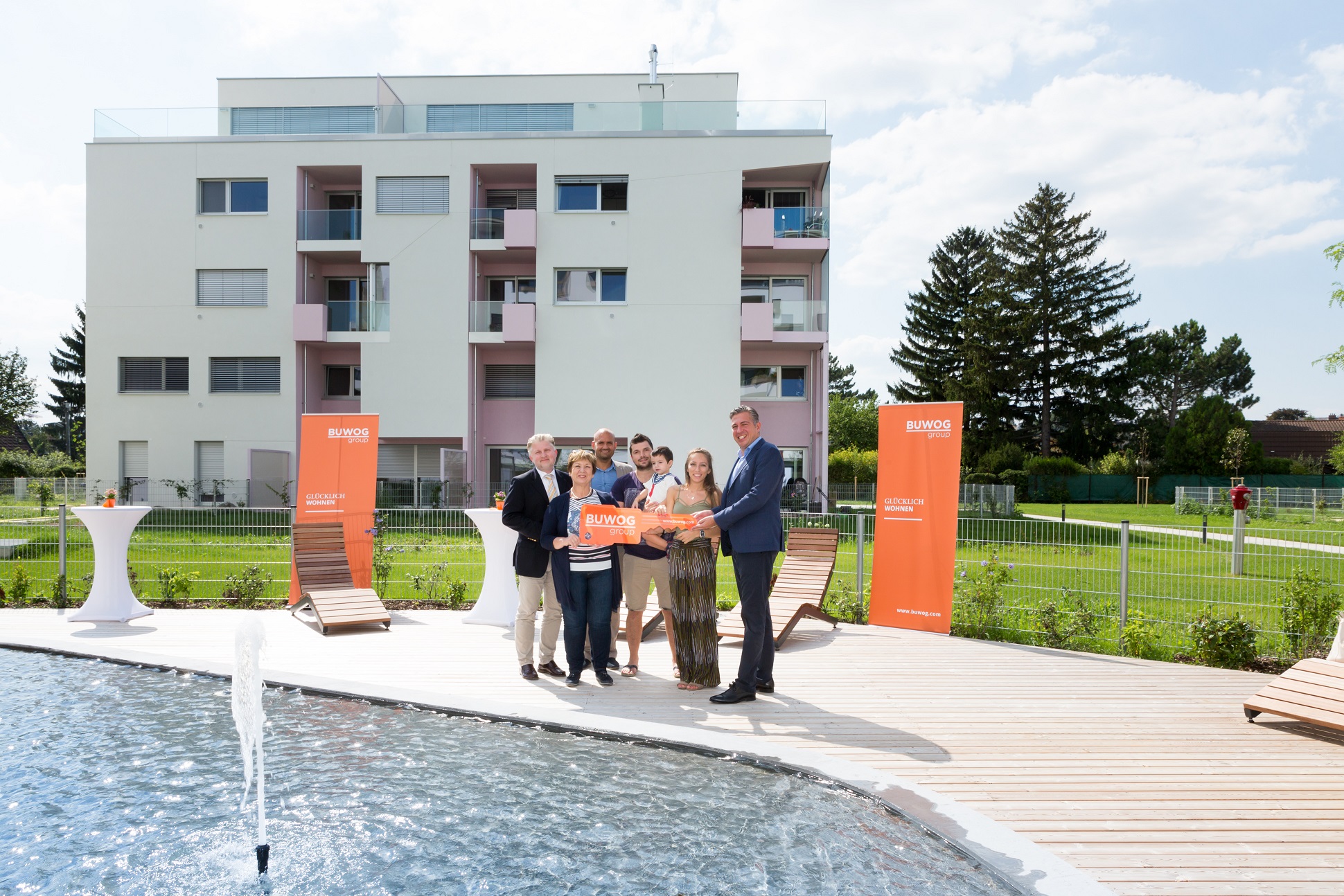 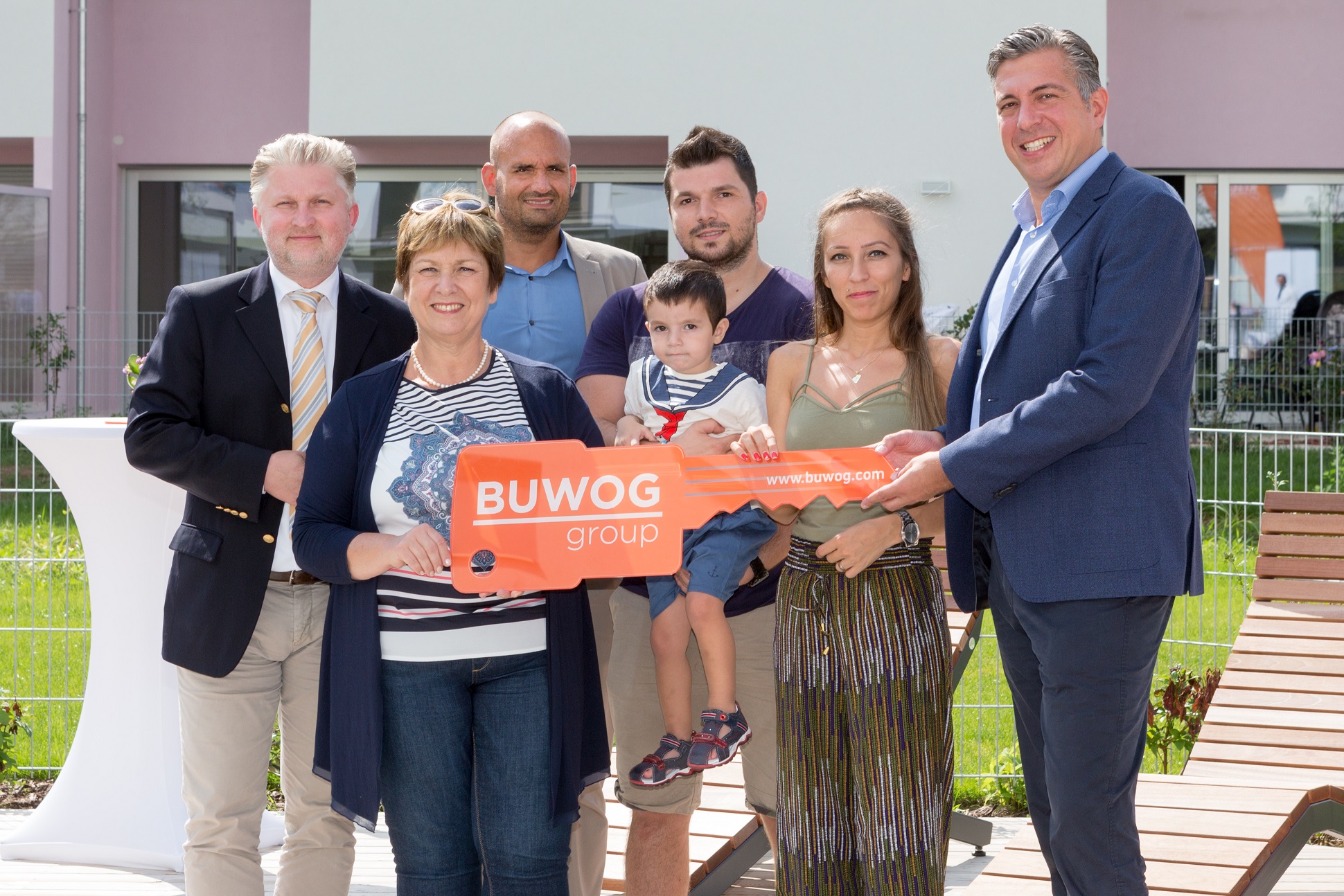 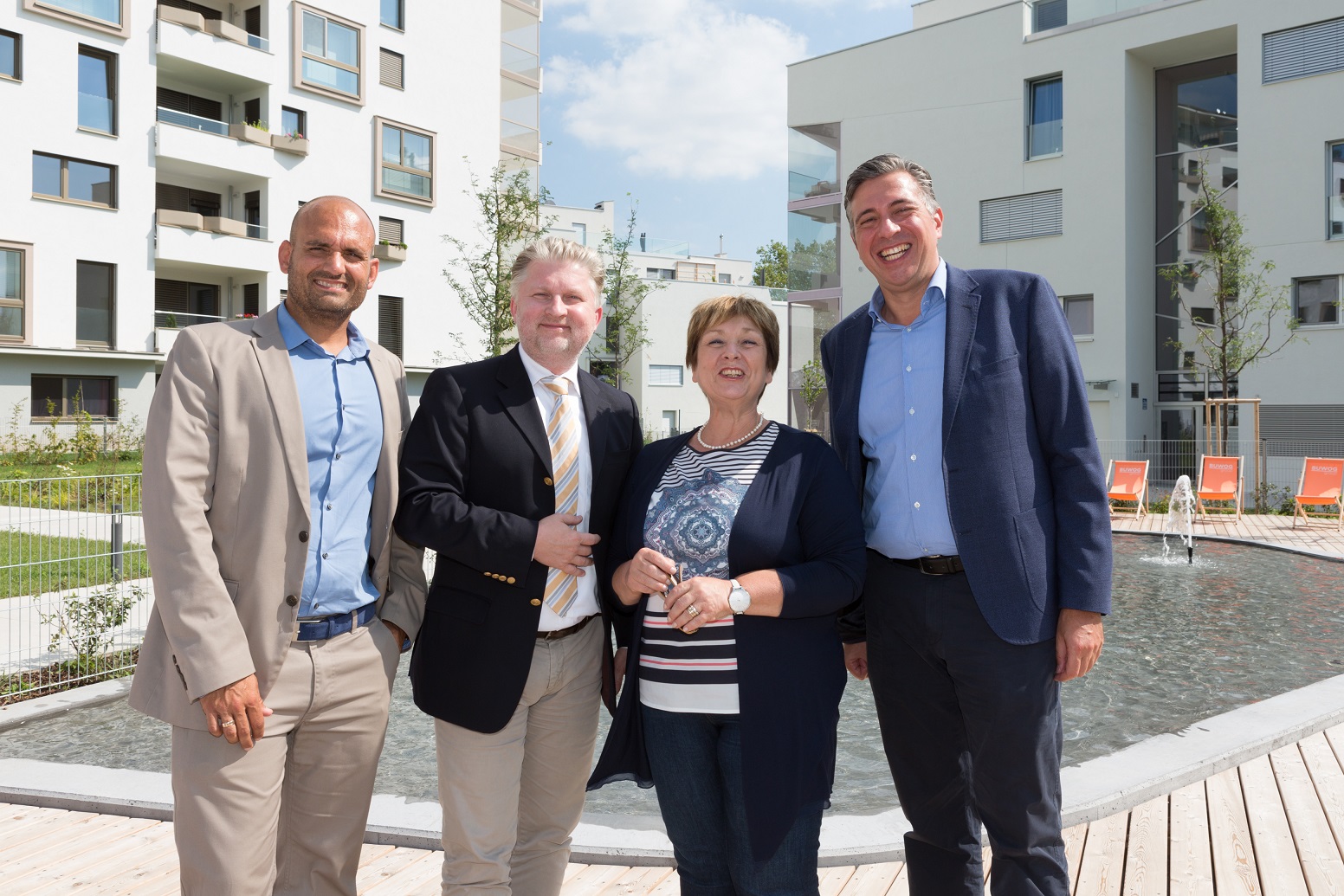 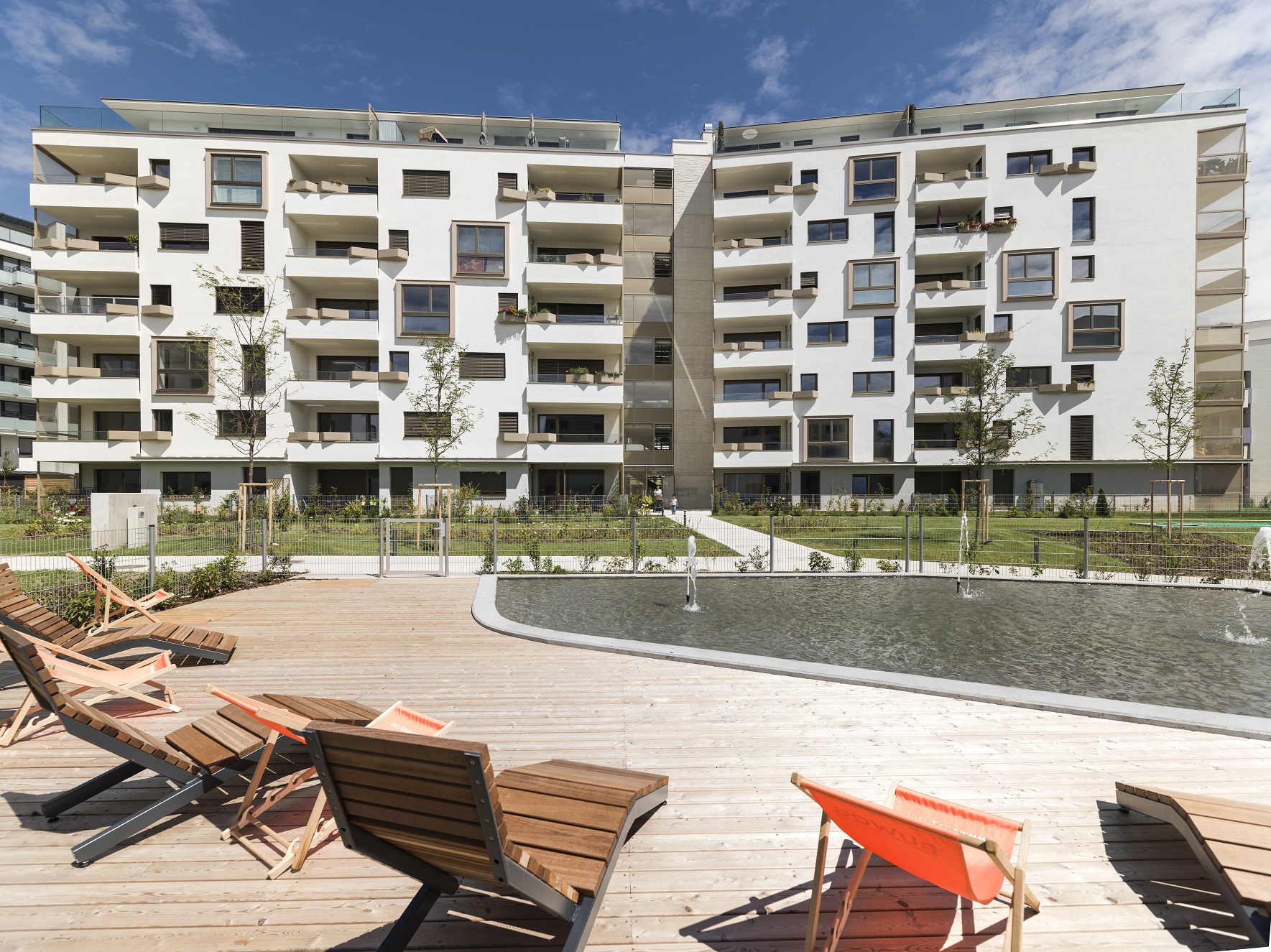 Photos of the key transfer at “Southgate”

Only six apartments are still available at “Southgate” – so if you’re interested in an apartment in this very special complex, you should contact our sales department as soon as possible.

Another exciting BUWOG neighbourhood development is currently under construction in Vienna-Liesing. In fall of 2017 we were able to complete the first part of the overall project on schedule at what is currently the largest BUWOG project in Vienna, “RIVUS” with over 500 apartments. Under the name “RIVUS QUARTUS”, 100 rental apartments and 30 privately financed condominiums have been built on Breitenfurterstraße on the former grounds of Unilever. A highlight for the residents is the rooftop swimming pool for their exclusive use – thus “RIVUS QUARTUS” is entirely in keeping with the tradition of affordable yet especially service-oriented Viennese housing.

I am already looking forward to the further progress building the large-scale “RIVUS” project, which will not only include apartments but also a kindergarten, school and local supplier. Here you can see photographs of the key transfer together with Liesing’s District Manager Gerald Bischof: 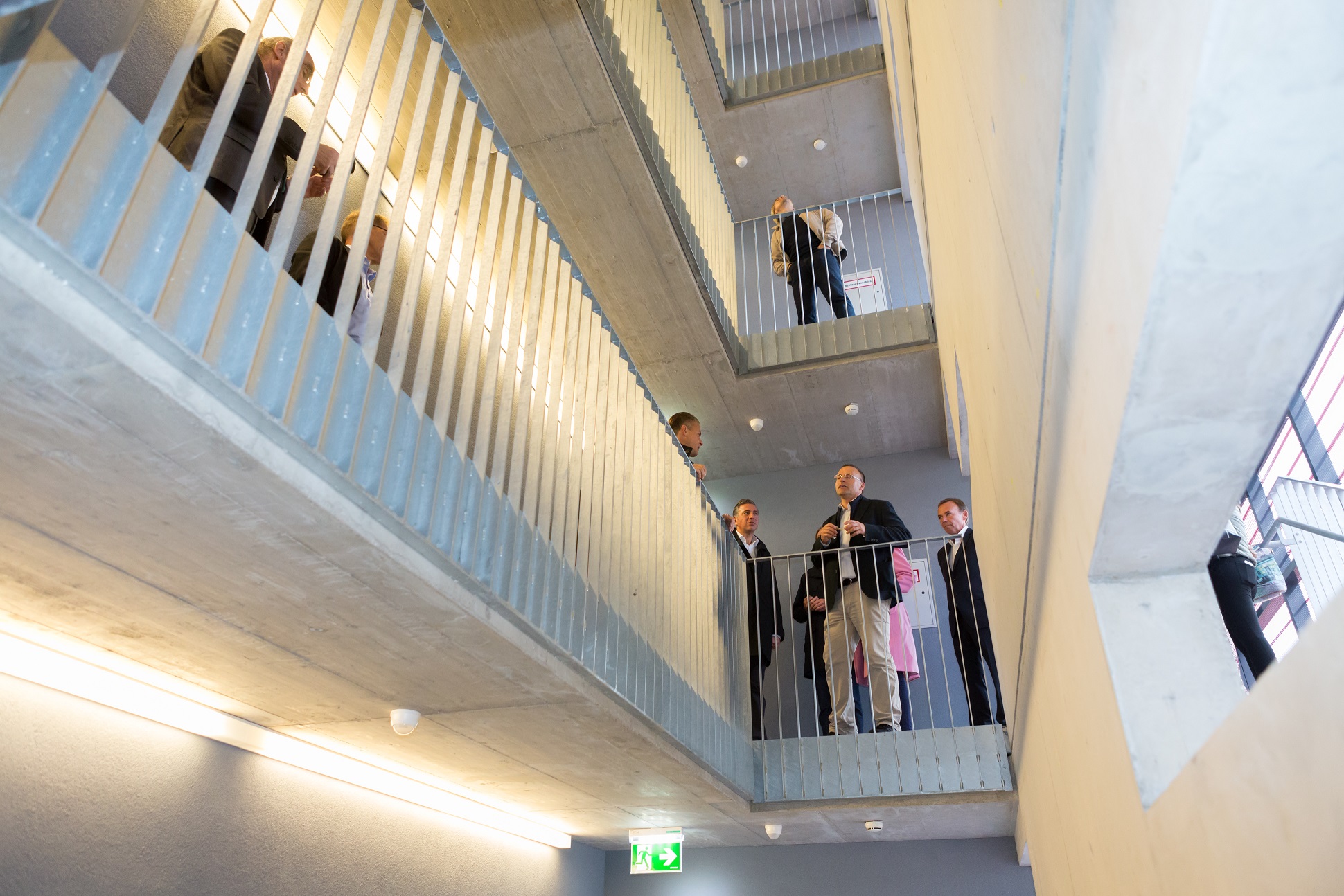 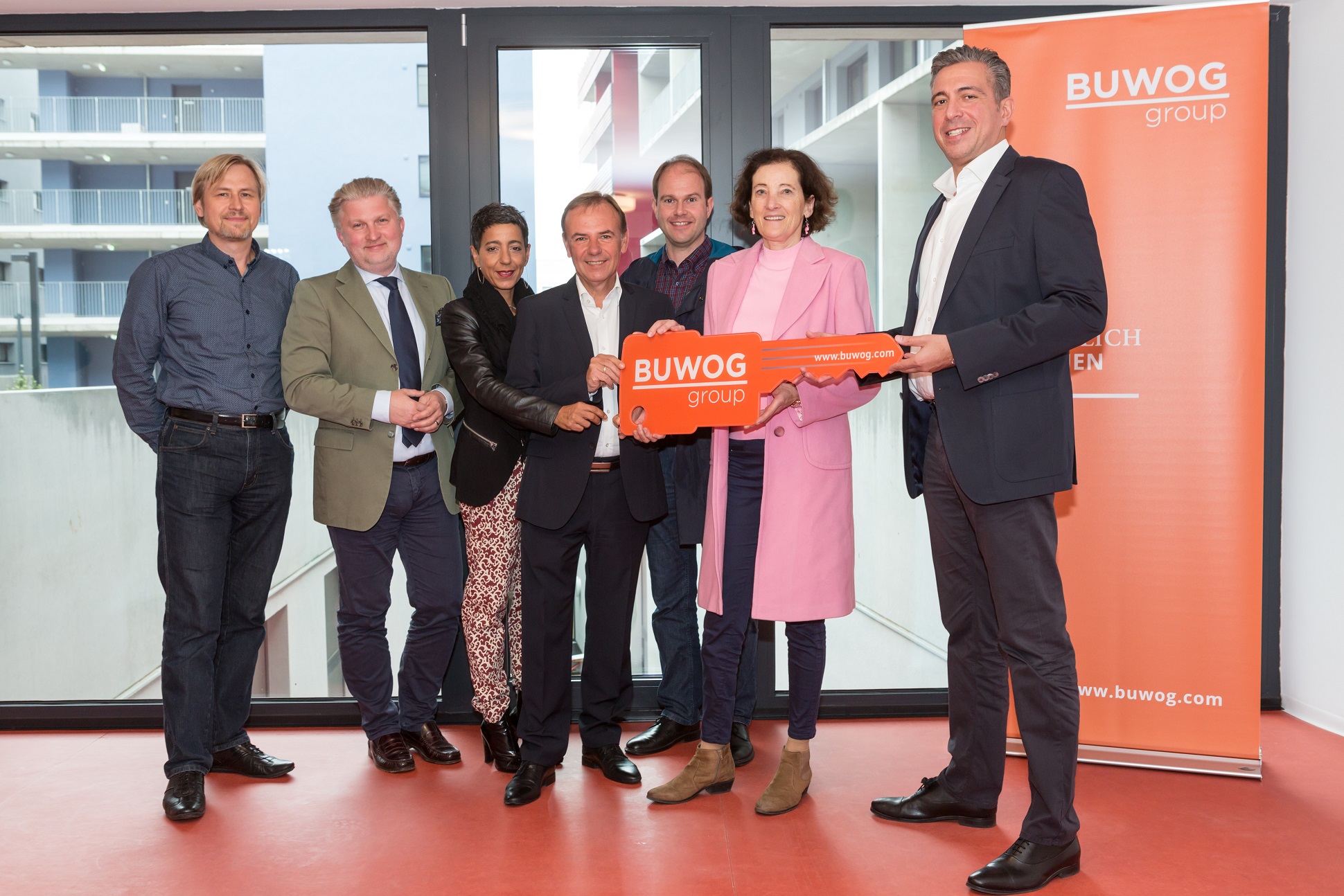 2017 was also a year of awards and I am especially delighted about the “European Property Award”, which our BUWOG projects in Seestadt Aspern won in three categories. The award ceremony took place at the end of October in London. The prizewinners were selected by an international jury of real estate experts, architects and journalists. The SeeSee project as a whole – BUWOG is building a total of 286 apartments in Seestadt Aspern – as well as the SeeSee Tower in the category “Residential High-rise Development” and the marketing concept for the complex each won a property award. The SeeSee Tower (planning: Architekt Podsedensek ZT) also won the 5-star award for “Best Residential High-rise Development Austria”.
Have a look here at a video of the award ceremony in London including an interview in which I talk about our projects, the Seestadt Aspern location and the teamwork at BUWOG:

Another award was presented last year to a BUWOG project whose rentals and condominiums were successfully placed a considerable time ago and which has done well primarily as a result of its integration in natural surroundings and its family friendliness. I’m talking about “Am Otterweg” in 1220 Vienna near the recreational area of Lobau. In the summer, architect Patricia Zacek-Stadler informed us that the residential complex was awarded the “Schorsch” architectural prize by Municipal Department 19 (MA 19) as part of the exhibition series “gebaut” (“built”). Vienna’s MA 19 honours outstanding Viennese architectural projects with the “Schorsch” every year. The projects submitted are to represent innovative, stimulating and exemplary solutions from the perspective of urban design. We are pleased about the award and congratulate architect Patricia Zacek-Stadler and her team. 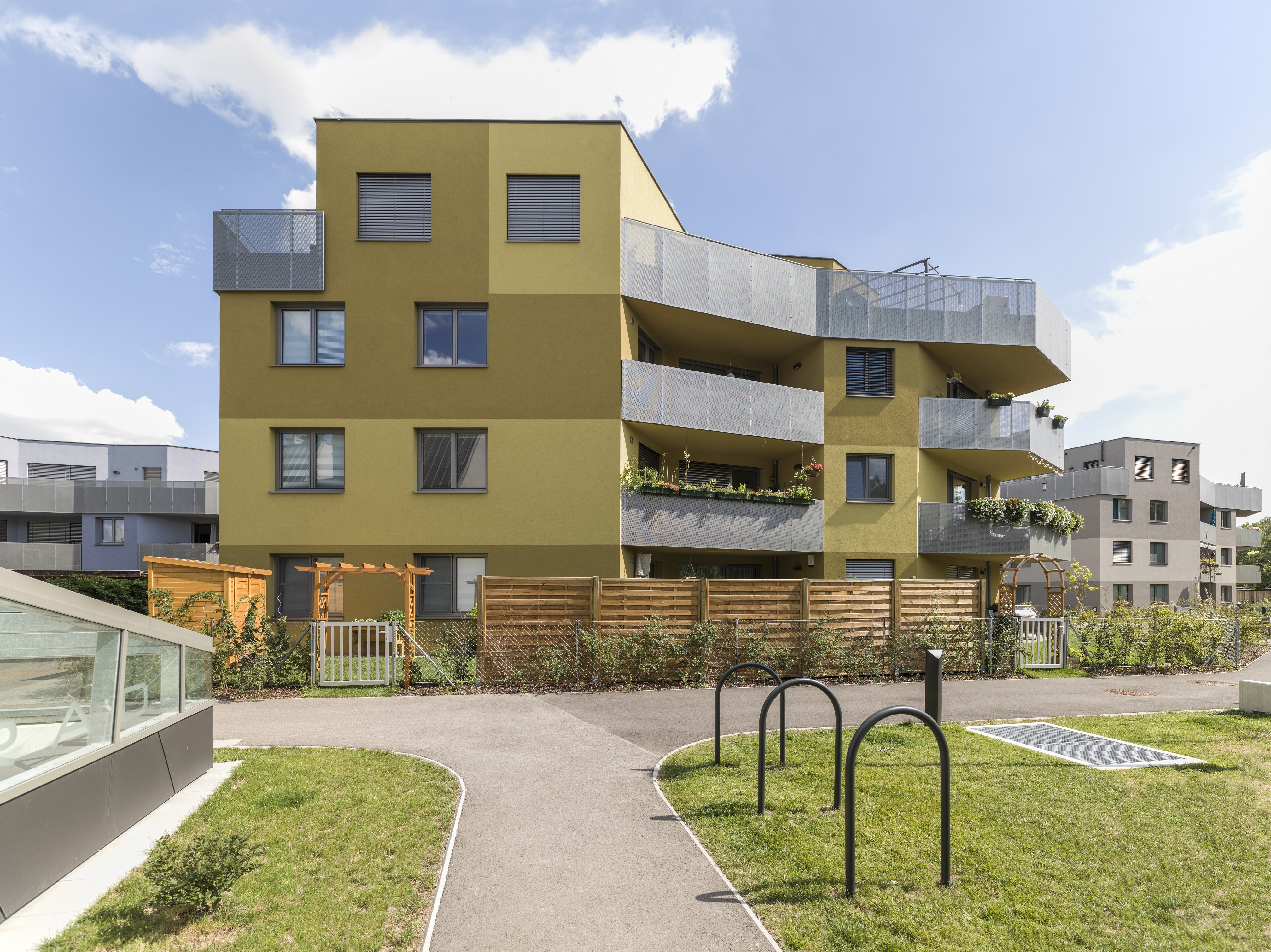 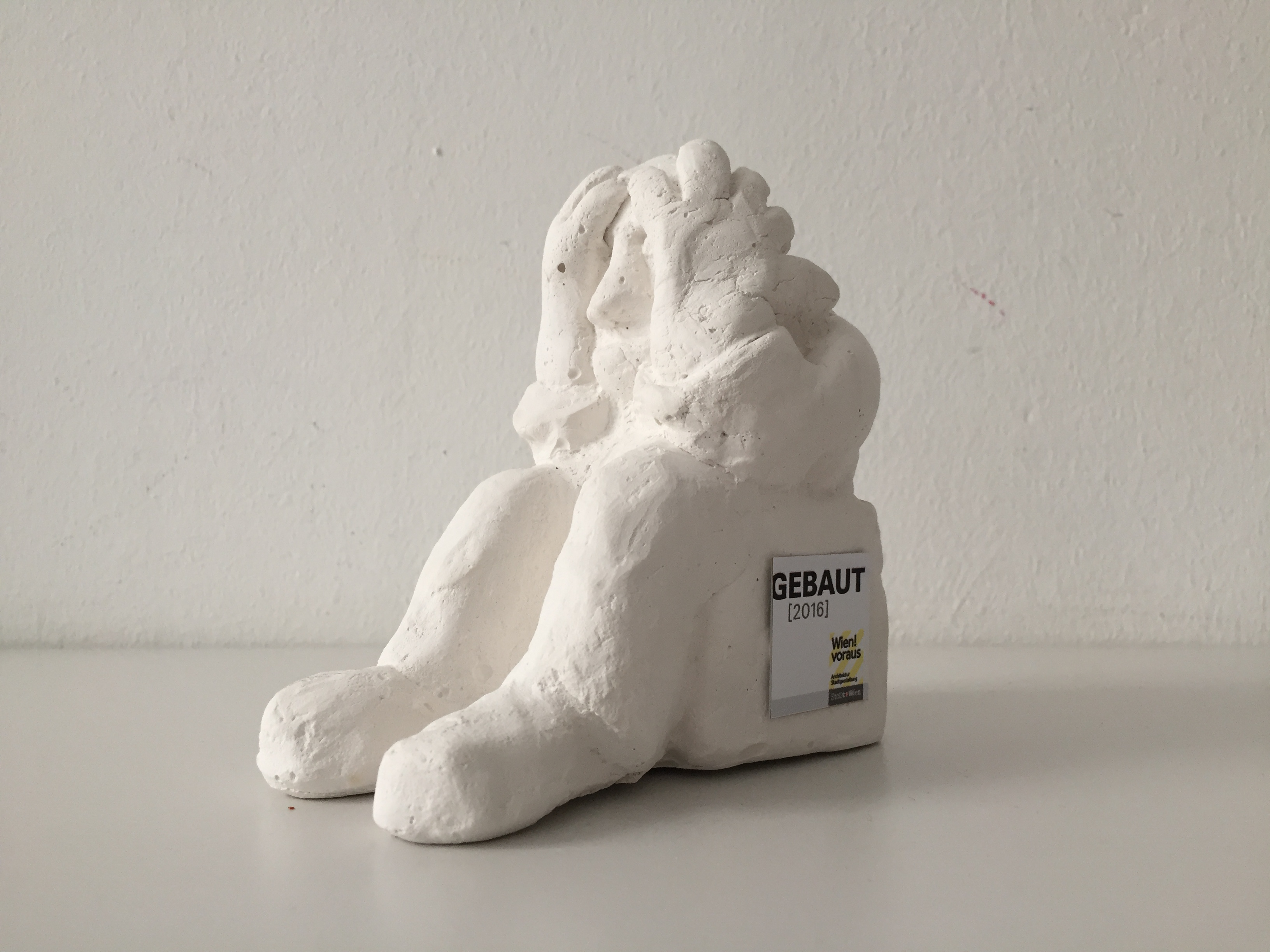 Following the good news, we asked Patricia Zacek-Stadler for a couple of statements – read a short blog interview with the prizewinning architect here: 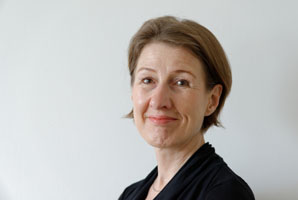 What was special about the Otterweg project?

Zacek-Stadler: On the one hand, we were able to collaborate already on the zoning, which is always quite helpful. On the other hand, the task of construction was very exciting because the configuration of the premises enabled a variety of building typologies ranging from row housing to multi-storey residential construction.

What challenges were there with this project for you as an architect?
The challenge was, in a short timeframe, to create a small urban district that integrates naturally into the environment even though it was on a scale not available yet in the surrounding area, a place where a sense of well-being and natural, modern life are a matter of course. We also had to convince the neighbours that the complex is a win for everybody because, ultimately, providing access through previously undeveloped areas benefits the surrounding residents as well.

How did your cooperation with BUWOG turn out?
It was nice building this project with BUWOG. At the initiative of the builder, I was immediately brought into the discussions with MA 21 (district planning and land use). This made it a harmonious thing. I also appreciate BUWOG’s standard of building high-quality housing. So the talks about fixtures and fittings, colours and typologies were always highly constructive.

What does MA 19’s “Schorsch” architectural award mean to you?
All the projects I have submitted to MA 19 for the Schorsch have also won the award. These also include two projects I did with BUWOG. It’s always wonderful to receive recognition for one’s work. You see what you’ve achieved and that, architecturally, you also made the right decisions.

The successes of 2017 and the energetic start to the new year have motivated my team and I to dedicate ourselves in 2018 to further developing the BUWOG Group’s new construction projects in Austria and to play our part in creating attractive living space in Vienna. Land acquisition is an important basis for this. Some encouraging news early in the new year was the acquisition of a new construction site in Vienna-Donaustadt, where BUWOG will continue the flagship OASE22 project it completed in 2012 with the follow-up project OASE22 +. Provisional information about it can be found in the following press release: https://www.buwog.com/en/presse/pressemeldungen/buwog-acquires-site-in-vienna-donaustadt-successful-residential-project-oase22-to-continue

I am already looking forward to reporting further details on this new project in my next blog post.

Since January 2014 I have been employed in management at BUWOG and responsible for the development business in Austria.

In 2008 I came to IMMOEAST as senior investment manager, and as head of the asset management team I was director of the corporate investments division after the merger with the IMMOFINANZ Group.

International professional experience is important to me, and this is also related to my education: I completed my studies in business administration at Boston University's School of Management and also successfully completed the INSEAD Young Managers Programme in Fontainebleau, France.
Housing is a fundamental right and basic need for people - happy living is our theme. I have always been fascinated by the task of creating living space. Every day my team and I actively endeavour to carry out economically successful projects in which customer needs are the focus.
To the profile ofAndreas Holler Show all posts byAndreas Holler