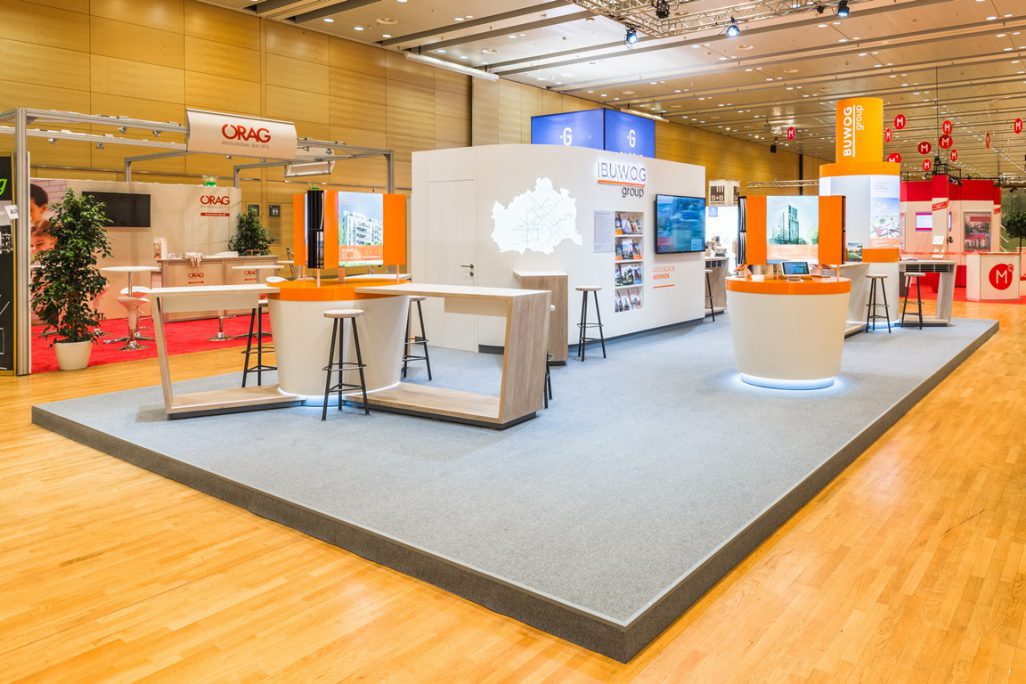 The BUWOG Group was also at the real estate fair in both Vienna and Berlin again this year. Employees from the marketing and sales departments were on location to assist trade fair visitors with information about our development projects.

This year’s Vienna Real Estate Fair (WIM) took place at the Messe Wien Exhibition & Congress Center on 11 and 12 March. The programme including nearly 100 exhibitors and 21 lectures on two stages was a success, for the WIM 2017 produced a record result: a total of nearly 5,000 persons attended the trade fair, which is equal to a visitor increase of 23.3 percent. It wasn’t just the WIM’s organisers who were delighted; we were, too, because the new BUWOG trade fair stand also featured an entirely new and modern look during the fair. The new design transports the image and brand even better, and the innovative presentation combines the digital and analogue world. The stand’s open design also encourages communication and the elimination of barriers. 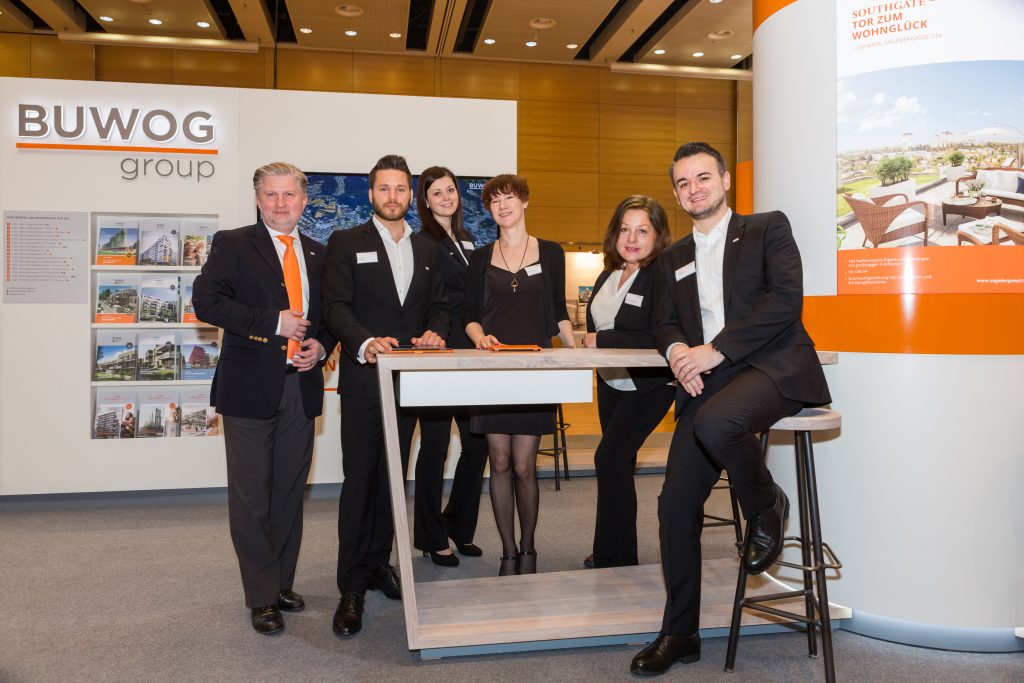 The new design and contemporary presentation of our wide variety of residential property projects were a success as well, for we, too, celebrated a record result in visitor numbers at our stand. Visitors also obtained information directly from our sales team on the development projects presented such as Amelin (1100 Vienna), Wohnzeile 15 (1150), RIVUS (1230 Vienna) and SeeSee (1220 Vienna), and they had the chance to surf through our range of services on iPads. 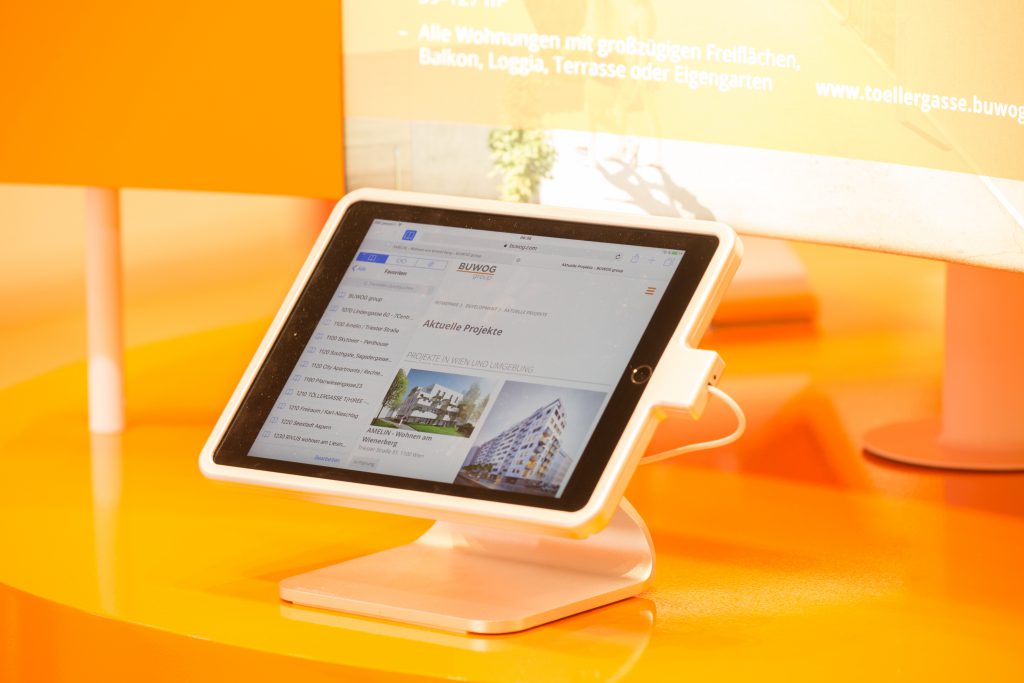 After the successful conclusion of the WIM, our trade fair stand set off on a trip to Berlin, where the Berlin Real Estate Fair (BIM) took place at the Berlin Arena on 1 and 2 April. In the historic location directly on the river Spree more than 60 builders, estate agents and financing providers made presentations, offering trade fair visitors a concise overview of the Berlin real estate market. 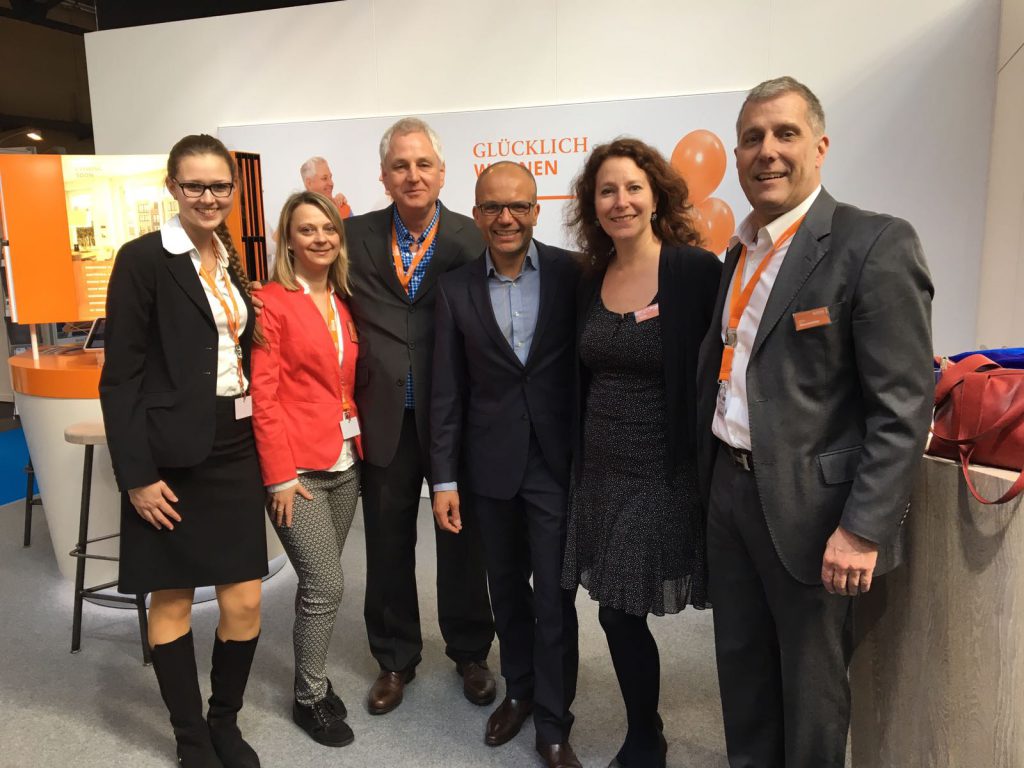 The beautiful spring weather with plenty of sunshine and temperatures above 20° Celsius brought a large number of people outside this weekend, though, which is why the number of visitors compared to last year was down somewhat. Nevertheless numerous visitors made their way to the Berlin Arena – as in previous years, they were well informed about BUWOG’s activities in advance and at our stand received additional details on the latest development projects and new locations. Sales for new projects in Berlin are about to launch shortly: these include Seefeld II, Waterfront Living in Berlin-Grünau – this is another building phase of the 52° Nord project – as well as the project The One, which is situated in a prominent location near the main railway station and government quarter in Berlin-Mitte and for which it is now possible to make a reservation online.

The new trade fair stand was also quite popular in Berlin and was admired for its modern, quality design. The new consulting islands also facilitate parallel consultations, which was appreciated by our sales team and, in particular, by our visitors. The digitalisation of the stand using iPads for surfing contributed to a thoroughly innovative trade fair presentation. 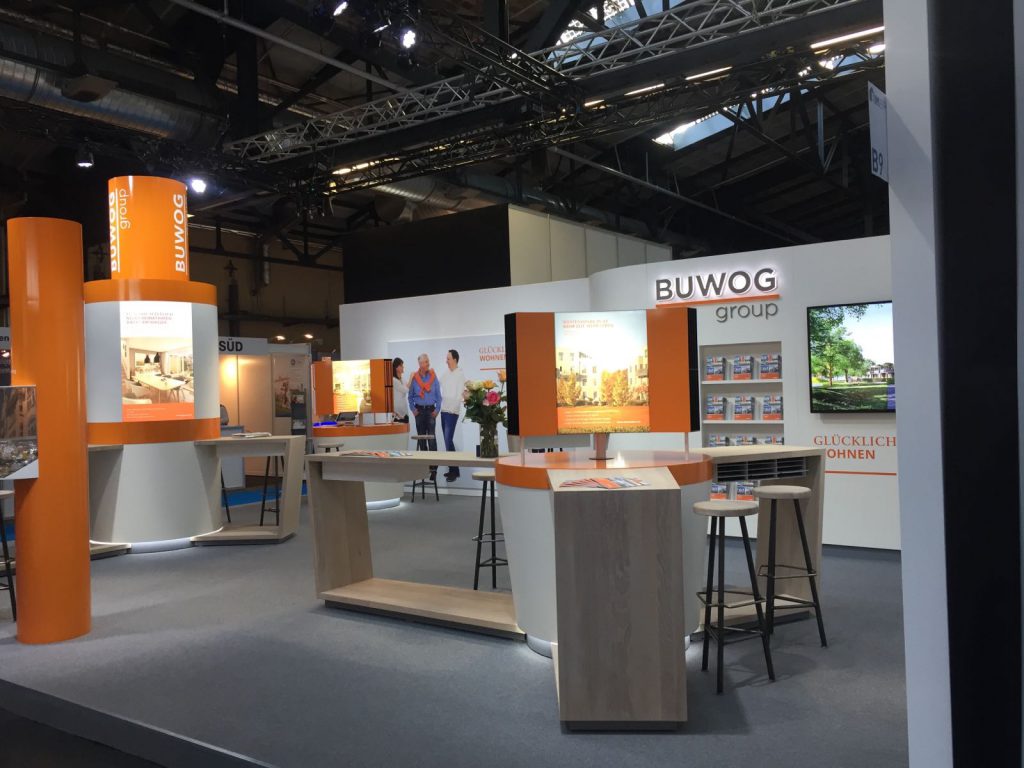 As at the WIM, there was also a series of talks and presentations at the BIM. The speakers included Michael Fesselmann, director of the BUWOG sales department in Germany. On Saturday he gave a talk titled “The purchase agreement – what next?” and shared his acquired expertise with listeners. On Sunday afternoon Eva Weiß, director of the project development department in Germany, was part of the well-attended panel discussion on “The dream of your own four walls; without compromise it won’t work”.

After the end of two intensive trade fair weekends in Vienna and Berlin, we can look back on a total of four successful days with numerous visitors, informative consultations and new contacts as well as buyers interested in our projects. We’re already looking forward to the trade fairs still to come in 2017.