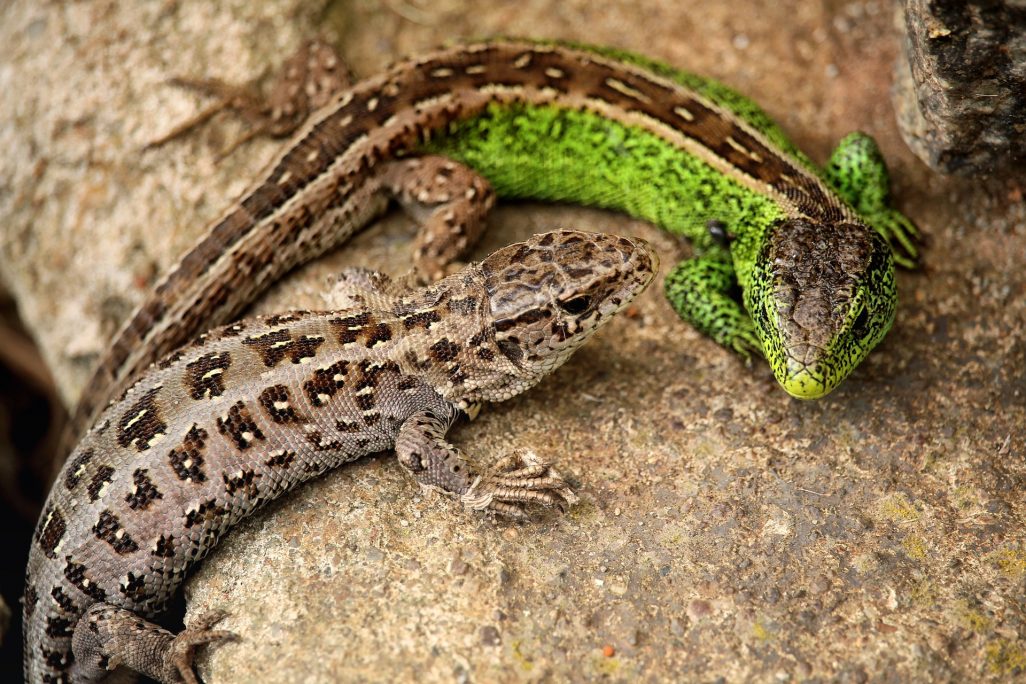 In Berlin-Spandau, BUWOG was planning to build 320 new rental apartments and a daycare centre. But before the construction work could begin, a strictly protected species of lizard had to be relocated to a substitute habitat.

“In Germany, we bear enormous responsibility for an entire range of species that are on the red list,” Anja Sorges, director of the Spandau Environment and Nature Conservation Office, explains. In Germany, about 35 percent of all animal species are acutely threatened with extinction. The sand lizard is one of them. In order to reconcile the protection of species and creation of urgently needed housing, there are compensation and substitute measures that safeguard endangered populations in another location for the long term.

A new biotope for the sand lizards

In preparation for a BUWOG construction project in Spandau on Brunsbütteler Damm, an expert opinion on species protection legislation determined that the strictly protected species of lizard lives on the site to be developed. This means that before the excavators were allowed to commence operation, the sand lizards had to be relocated in close coordination with the environmental and nature conservation authorities. BUWOG commissioned biologist Christoph Bayer to oversee this. Together with his team, the expert developed a concept for capturing and relocating the reptiles. This also included the search for a substitute habitat. “The district of Spandau was very helpful with this,” the biologist explains. In a so-called compensation area register, the district had already pre-sorted areas that would be suitable for relocation.

For the Spandau sand lizards, the choice was made for an area at Groß Glienicker See, a lake about ten kilometres away. But before the animals could move there, the substitute area had to be adapted to the lizard’s species-specific needs. Structures with sandy and sunny areas, hiding places and robust winter quarters were therefore created. The costs for these upgrades, which took a total of two years, were borne by the developer. The same applies to the lease, maintenance and monitoring of the substitute habitat for the next 25 years.

Relocation to the substitute habitat

The relocation of the sand lizards began with the start of their active period following hibernation. Small fences were set up on the Brunsbütteler Damm site for this, with buckets dug in at regular intervals. On their first exploratory walks on the first warm days in spring, the lizards then crawled up to the fences, ran along them and fell into the buckets. The biologists checked the live traps at least once a day. The animals collected were measured, photographed and documented and then transported in containers directly to their new home at Groß Glienicker See.

In fall of 2021, trapping protocols proved to the nature conservation authority that the relocation of the sand lizards had been a success. Now construction work can begin on the new Spandau residential development featuring 320 one- to four-room rental apartments and an adjoining daycare centre. Work is scheduled to begin at the end of 2022. The first residents could move in as early as two years later.

This could also be interesting:

Smart innovations: 70 years of BUWOG for greater sustainability and quality of life