I would like to discuss the 22nd district of “Donaustadt” in this blog entry.

Donaustadt, the most recent and at 102.34 km² biggest district in terms of space, is in the east of Vienna and offers a few superlatives such as Austria’s highest building, the DC Tower. With Aspern, Vienna’s urban lakeside, one of the biggest development projects in Europe is being built in the 22nd district, which will bring the district over 20,000 new residents.

In the past Donaustadt was the district with the highest population dynamic and with its large modern buildings is representative of modern Vienna. UNO City, the Donau Tower, Tech Gate and the entire Donaucity district are flagships of the 22nd district. 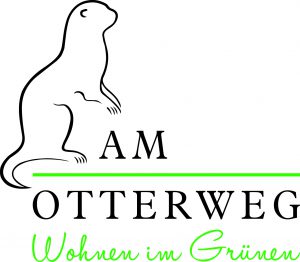 Those in Vienna who want to live not only close to nature but in the midst of it will find the ideal conditions at Am Otterweg. Not far from the Lobau nature conservation area, BUWOG Group is building the ideal residential environment for families and everyone who appreciates a high quality of life in an idyllic environment. The facility stands out due to its harmonious diversity – together privately financed row houses, privately financed freehold flats and subsidised rental flats (2011 Housing Initiative) comprise the “Otterweg” residential project.

The careful design of the architecture is optimally integrated into the environment. New paths and places are also created by the project, establishing access to an unprecedented natural experience in Vienna not only for the residents, but for everyone.

A total of 120 new residential units and an illuminated underground garage, where electric charging stations will also be located, will provide for sufficient parking.

– Privately financed flats: all terraced housing-like maisonettes as well as lofts in the multiunit dwellings with two, four or five rooms

With the Lobau, one of Vienna’s most beautiful local recreation areas is located in direct proximity to the “Am Otterweg” residential project. It is one of Europe’s last intact wetland areas and is known for its species-rich animal and plant environment. The future residents also have the Donauinsel, Vienna’s unparalleled leisure and recreation paradise, practically on their doorstep.

From Otterweg it is just a short time on the A23 to the Kaisermühlen hub and approx. 15 minutes to the city centre (for ex. Wien-Mitte). Several bus lines (92A, 92B, 93A, 96A) stop in close proximity to Otterweg, with which it is easy to reach the U2 stations Donaustadtbrücke and Hardegasse. The area is also characterised by its proximity to the hospital SMZ Ost – Donauspital.

The project is likely to be completed by the middle of 2016.

If I’ve piqued your interest, then I recommend making a non-binding appointment on our homepage at www.otterweg.at. Join me in looking forward to an exciting new construction project in the scope of a new urban development in Vienna – Donaustadt.