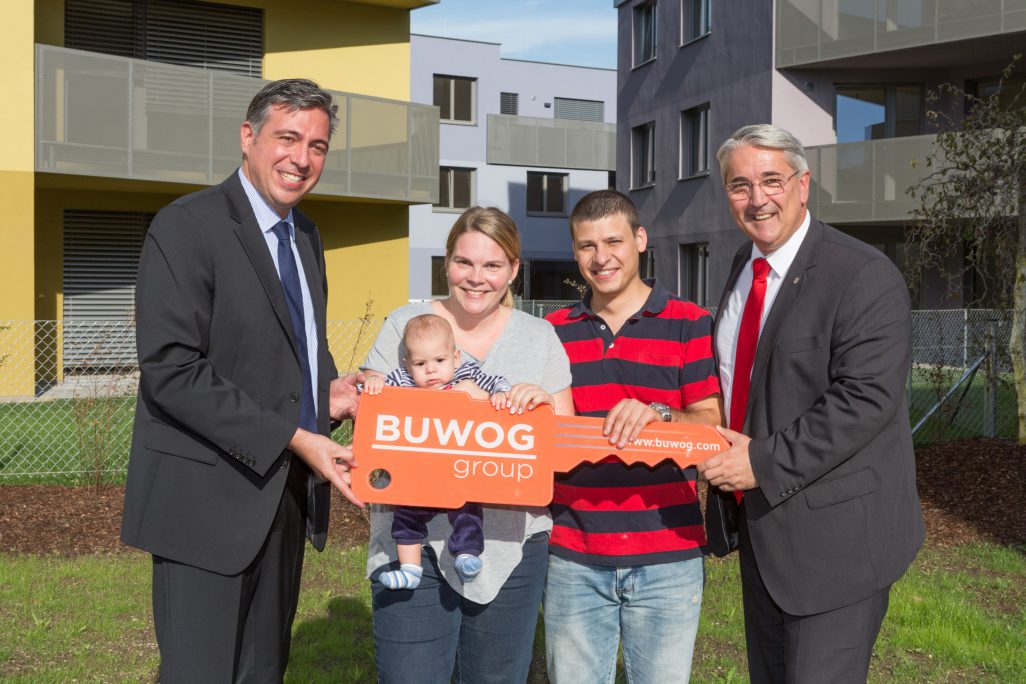 I am especially pleased to be able to now provide you with regular first-hand news from project development at BUWOG in Austria in the newly launched blog series “Property Development AT”.
BUWOG has been developing new housing on its home market of Austria for 65 years and, consequently, is one of the veterans in real estate development. This experience pays off most notably when the competition intensifies and more and more market players compete for fewer and fewer properties. That new construction activity is urgently needed in the city of Vienna is obvious – BUWOG’s development activity in Austria is currently focused exclusively on the capital city; in Germany BUWOG continues to build in Berlin and Hamburg. Last year over 40,000 people moved to Vienna. In the city as a whole only approximately 7,000 to 10,000 new apartments per year are being completed – thus the gap in supply is enormous.

BUWOG is pleased in any case to take up the mantle in Vienna and is developing medium-sized and large-scale projects in which subsidised rental apartments – thus affordable housing – are also being constructed as part of the Vienna Housing Initiative. One of these projects, which we completed in summer 2016 and handed over to the residents, was “Am Otterweg – Green Living” in the 22nd district. A family-friendly development with 89 rental and 31 condominium apartments was built near the beautiful Lobau nature reserve. The interest in this project was enormous, and now all of the apartments at Otterweg have been placed. We simply wanted to say “thank you” for the success of this project and ease the start in their new home for the Otterweg residents, who include a large number of young families. Thus on 29 September 2016 a large party for the Otterweg residents took place, where over 200 persons gathered, met and celebrated with one another to live music, fun and games for kids and culinary specialities such as suckling pig, vegan cuisine, and more. Together with Ernst Nevrivy, the district manager of Vienna-Donaustadt, at the margins of the residents’ party I had the chance to symbolically hand over the BUWOG key to one of the young families, and we wished all of the residents the best for the start in their new home (see photo above).

Such events are, of course, one of the highlights of my job when I see that a project has been finalised on schedule, it’s an economic success for the company, the residents are also satisfied with their new apartment and that BUWOG has lived up to its motto of “happy living”.

Have a look at even more photographs and impressions of the Otterweg residents’ party here. We also raffled off little goodies to the residents with a prize wheel, and I was especially delighted that our colleagues from klima:aktiv and the Austrian Energy Agency were at our party and informed the new BUWOG tenants and owners about energy-saving opportunities within their own four walls. 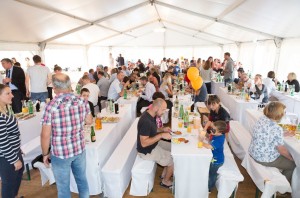 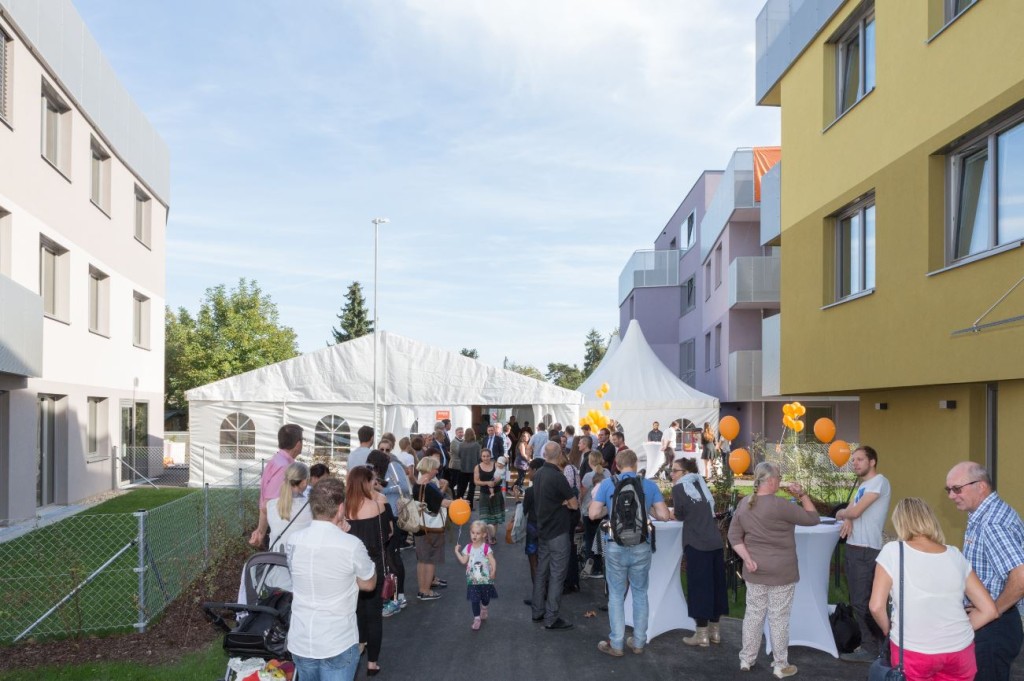 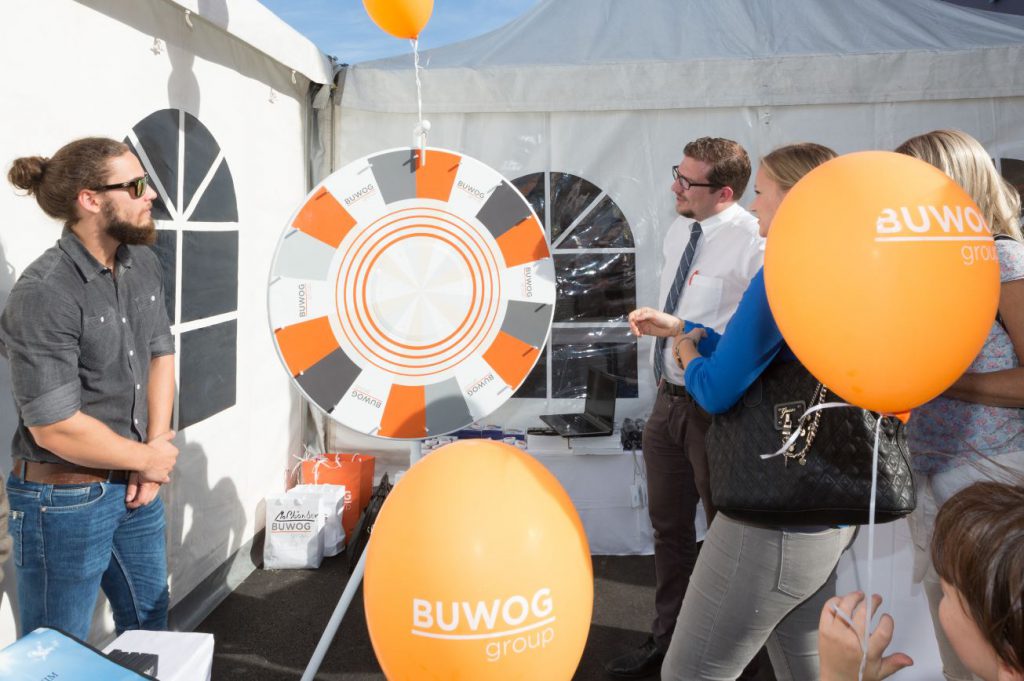 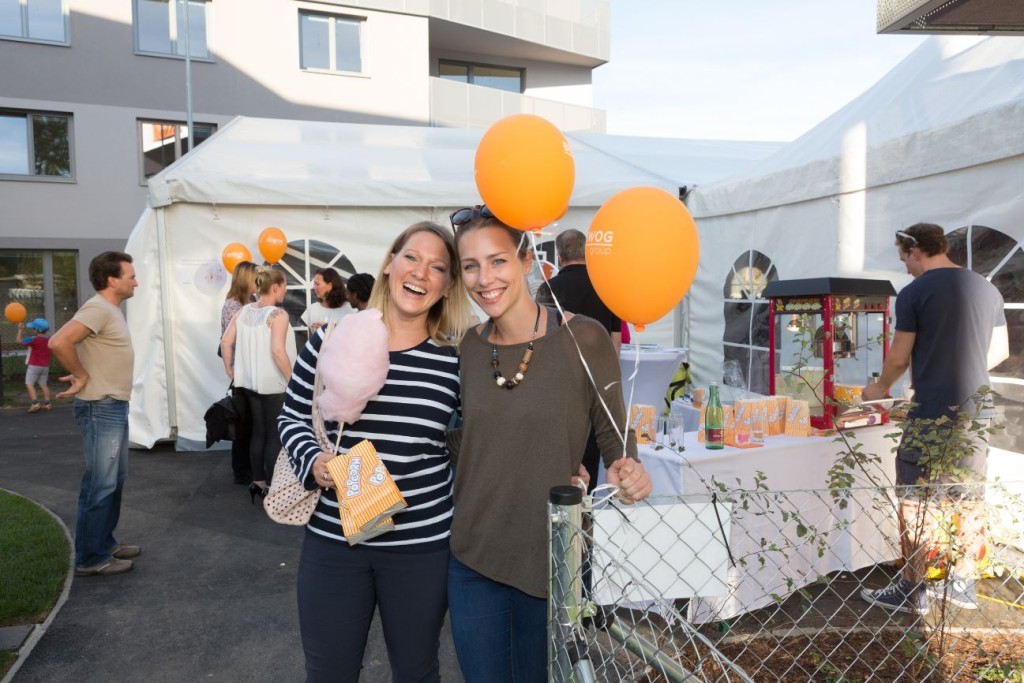 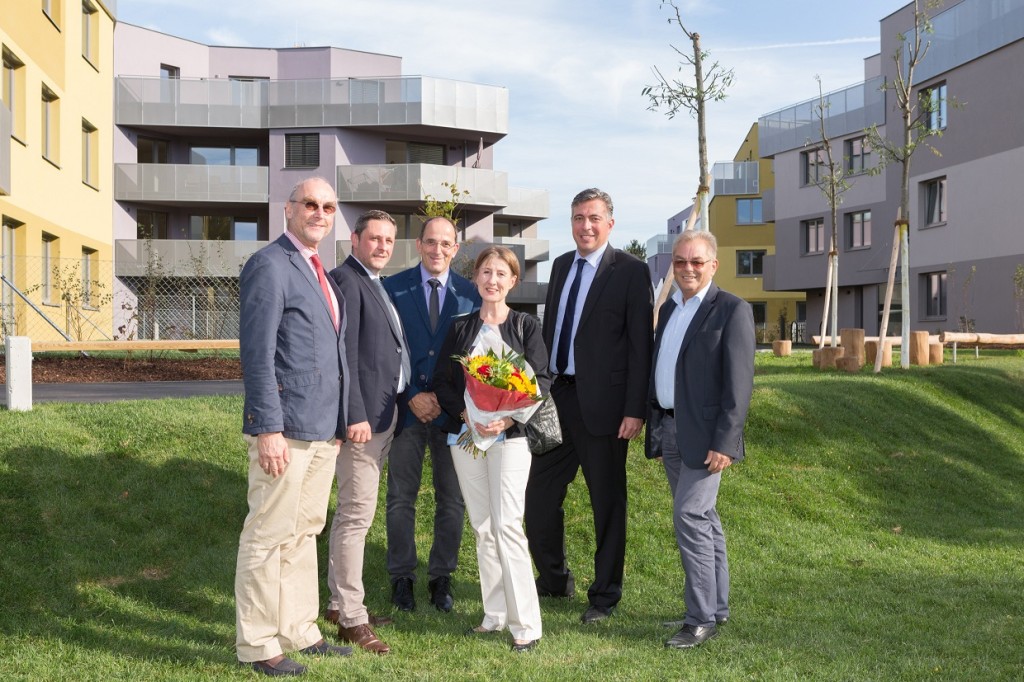 Have a look at a photograph of the meeting here:

Last but not least, I would also like to report to you that we’ve achieved particular success with the BUWOG project Pfarrwiesengasse 23, which is currently being built in Vienna-Döbling. In London this especially exclusive residential project won the international “European Property Award”. An international jury of real estate experts, architects and journalists present the award every year in cooperation with the British newspaper “The Telegraph” and assess criteria such as fixtures and fittings, location, architecture location, architecture, sustainability and innovation, and the project’s accompanying marketing activities. Thus at a very elegant gala at the London Marriott Hotel Grosvenor Square at the end of October, I had the chance to accept the award for BUWOG from Lord Richard Best and Stuart Shield, chairman of the International Property Awards, together with Director of Sales Peter Friedrich Berchtold and Project Manager Alexander Steppan.

I would like to take my first blog entry as an opportunity to thank all of the employees who made these tremendous achievements possible.

As there is plenty of excitement happening in Property Development every day, and in Vienna BUWOG has a project pipeline chock full of numerous, special residential projects, I will report the news from my area again soon. I hope to welcome you then as readers of my blog series and am already looking forward to blogging for you again.

Until then – all the best!

Since January 2014 I have been employed in management at BUWOG and responsible for the development business in Austria.

In 2008 I came to IMMOEAST as senior investment manager, and as head of the asset management team I was director of the corporate investments division after the merger with the IMMOFINANZ Group.

International professional experience is important to me, and this is also related to my education: I completed my studies in business administration at Boston University's School of Management and also successfully completed the INSEAD Young Managers Programme in Fontainebleau, France.
Housing is a fundamental right and basic need for people - happy living is our theme. I have always been fascinated by the task of creating living space. Every day my team and I actively endeavour to carry out economically successful projects in which customer needs are the focus.
To the profile ofAndreas Holler Show all posts byAndreas Holler