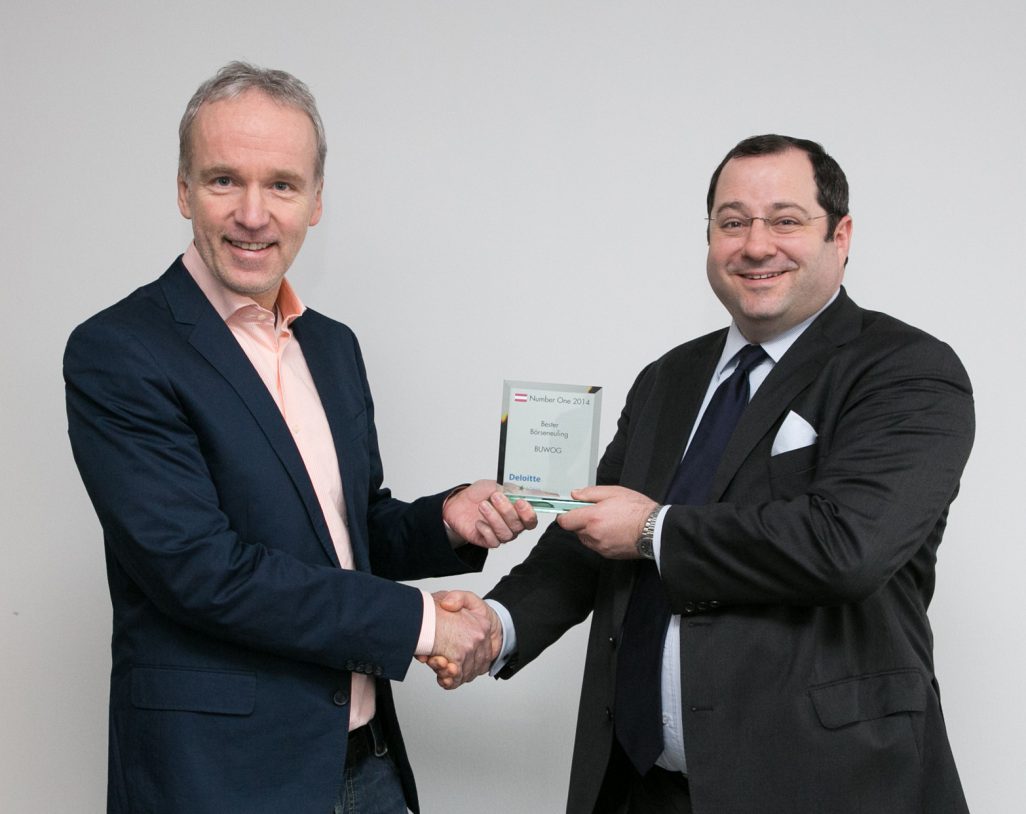 I would like, of course, to begin my first blog contribution in 2015 by wishing you a happy, healthy and successful new year. Even though we’re already in the middle of January, it’s still not too late for a brief look back at last year: for the BUWOG Group 2014 was the most important year in the history of the company considering its successful listing and the expansion of activities into Germany. With the acquisition of the DGAG portfolio with around 18,000 units in northwest Germany and the integration of its management platform, not only did our portfolio and sphere of activity grow considerably, but in 2014 the number of BUWOG Group employees practically doubled.

For me, of course, there were numerous moments that made me proud in 2014 – so here are my personal highlights:

In 2014 at our company it was really noticeable that everyone was pulling together to achieve or even surpass the BUWOG Group’s targets. Our fantastic team achieved great things in this respect!

A look at the figures

Let’s take a look back at the half-year figures of the 2014/15 financial year published in December 2014 to show you what the BUWOG employees in Austria and Germany achieved: operational development in the property business was extremely satisfying; in the first half year of 2014/15 we achieved a result of operations of EUR 72.3 million, Earnings Before Tax (EBT) of EUR 28.7 million and Recurring FFO of EUR 41.3 million.

In the Asset Management segment – BUWOG Group’s core business – rental income totalled EUR 85.2 million and contributed EUR 60.7 million to the result. The second pillar of BUWOG’s business model, Property Sales, contributed EUR 17.6 million. In the first half year 267 apartments were sold at carrying value with a record margin of over 65%. In addition, two properties with 48 units were sold as part of the optimisation of our portfolio.

In the Property Development segment, four new development projects totalling 275 units were completed in Vienna during the reporting period. Another 592 units are currently under construction. The total investment volume of the development pipeline including land reserves comes to about EUR 1.5 billion.

BUWOG’s share price development was especially satisfying in 2014 (you see the development of the share directly next to my blog entry). The share price increased from its initial listing at EUR 13 to EUR 16.40 at the end of 2014 – and did so with a dividend payout of 69 cents per share. The shareholder feedback concerning our first ordinary shareholders’ meeting in October was positive as well.

You can take my word for it – our achievements in 2014 do not mean that in 2015 my team and I are going to rest: quite the contrary! We’re kicking off the new year like we ended the old one: with total commitment and focus we intend to continue impressing our shareholders, tenants and partners with our efforts.

I can also report to you that for the entire BUWOG team and I the new year also began with a nice award. Christian Drastil, publisher of the Vienna Stock Exchange newsletter “Fachheft”, founder of boerse-social.com, journalist and blogger on the stock exchange, paid us a visit on Friday and had an award with him: BUWOG received the “Number One Award” in the category of “Best Stock Exchange Newcomer 2014” presented by BÖRSE SOCIAL NETWORK in partnership with Deloitte. I was especially thrilled about the recognition because it’s based on hard facts. Allow me to quote Christian Drastil’s reason for awarding the prize to BUWOG Group:

“With an increase of 17.59% based on the value calculated for the spin-off from IMMOFINANZ, in 2014 BUWOG was the fifth best ATX share, its inclusion in the key index having taken place already in September (that is, at first opportunity). And this position on the ATX was also clearly secured at the end of the year. According to the final observation list of 2014, BUWOG was No. 9 for revenue and No. 12 for free-float market cap. Though having been listed for just eight months, BUWOG even ranked a strong 11 for overall revenues in 2014. With somewhat more than EUR 1 billion, it was only just behind major shares such as Vienna Insurance Group and Verbund (…). BUWOG can be called a major success for the Vienna Stock Exchange”.

I extend my thanks to Christian Drastil, BÖRSE SOCIAL NETWORK and Deloitte for this award and view it as a mission to achieve success in the interest of the company, shareholders and employees in 2015 as well. 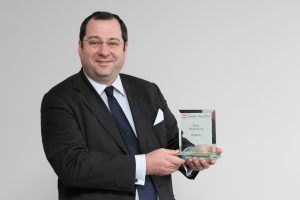 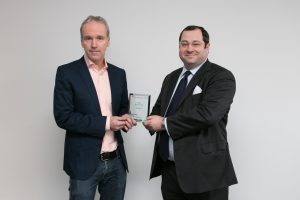 I was born in Salzburg, grew up in Linz, and studied business administration at the Vienna University of Economics and Business. During my studies I gathered professional experience in a wide variety of areas, for instance, the hotel business, publishing as well as in industry. Since getting into the real estate business, however, I haven't been able to get enough of it.

Privately, I love to spend time with my family, go to the opera and classical concerts as well as to enjoy good food with friends and good glass of wine.
To the profile ofDaniel Riedl Show all posts byDaniel Riedl