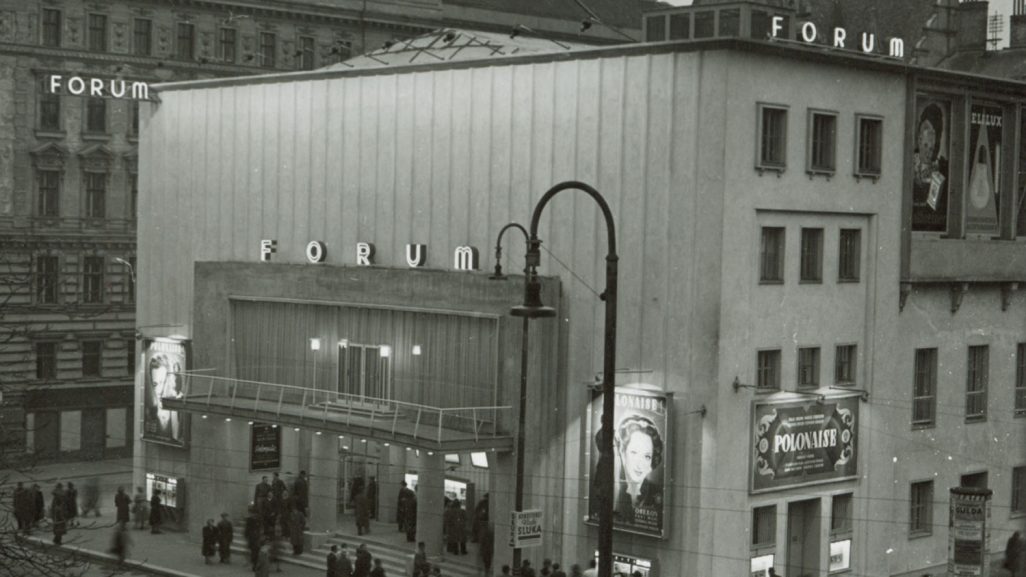 Next year, BUWOG will celebrate its 70th anniversary – an occasion that will also provide an opportunity to take a look back at history. The company’s successful and eventful history is also intertwined closely with the history of the Second Republic, while at the same time it reflects the development of housing and the real estate industry over the last few decades. An important milestone in BUWOG’s biography was the construction of the new customer and administrative centre and the relocation to Rathausstraße 1. BUWOG has therefore returned to the 1st district of Vienna, the same place it was located when it was established. The new location – Rathausstraße 1 on the edge of the quadrangle where City Hall is – has an exciting piece of city history to tell that is worth looking back upon.

Parades for the emperor, food for the people

Older readers might still remember the municipal market between Auerspergstraße, Doblhoffgasse, Rathausstraße and Stadiongasse, which until 1950 was one of the largest and most popular hubs for the food trade in Vienna. Planned by architect Friedrich Paul and completed in 1880, the building had 132 stands on 1,840 sqm. And it was not the only one of its kind. As can be read at Architektenlexikon.at, Paul designed several such markets. Beginning in 1880 under his leadership, four markets were constructed in Vienna in the traditional brick method: on Phorusplatz in the 4th district, between Neustiftgasse and Burggasse in the 7th district, on Nussdorfer Straße in the 9th district (the only building that has survived to this day) and the one next to City Hall. The correct name of the market refers to the early history of the place: the Market on Paradeplatz. The designation indicates the drill and parade grounds, which were abandoned around 1870 and later became the City Hall quarter.

Located between today’s Universitätsstraße and the Palace of Justice, the traditional parade grounds originally in front of the palace were moved here in 1809. It was part of the so-called Vienna Glacis, an undeveloped area between the city walls (around what is now the 1st district) and the suburbs.

In the 19th century the city experienced enormous growth and there was a growing lack of space. In the course of the city’s expansion and the construction of the Ringstraße boulevard beginning in 1858, the glacis finally disappeared – only the parade grounds remained until 1870.

In this year, the development plan for the area around today’s City Hall was approved. The land was handed over to the City Expansion Fund and in the spring of 1872 the first groundbreaking ceremony for City Hall took place. Designed by the architect Friedrich von Schmidt and completed in 1883, the neo-Gothic building was part of a larger urban development concept on the Josefstadt Glacis. This also included the Parliament building (previously the Imperial Council building) and university on the Ringstraße as well as the City Hall quarter, City Hall park, the military’s “corps command” at the location of today’s NIG (New Institute Building) and at the southern edge of the grounds of the Palace of Justice.

From cinema to glass palace

But back to the impressive market, which shaped the area around Rathausstraße 1 as a lively hub for the food trade and a popular gathering place well into the 20th century. It was not until the severe damage in World War II that the building’s function came to an end. In the interim, however, the building was not completely demolished, but between 1949 and 1954 was converted by Robert Kotas, the architect of “Kiba”, the city’s own cinema operator at the time, into the cinema “Forum”, which was long one of Vienna’s biggest cinemas.

In 1971 the cinema became the location of the annual international film festival “Viennale”. After the City of Vienna’s press and information service had its headquarters here in the final years from 1968 to1972, the building was finally razed in 1973.

The year is 1976: the SPÖ has sole rule under Bruno Kreisky, the Arena is occupied and the Reichsbrücke collapses. At today’s BUWOG site, modern construction is under way: by 1980, an office complex with a tinted, dark glass façade and shade of brown based on plans by architects Harry Glück, Werner Höfer and Tadeusz Spychała will be built here. Like the cinema, the building took up the entire block between Rathausstraße, Doblhoffgasse, Auerspergstraße and Stadiongasse. Unlike the previous building, however, it stood out noticeably from its surroundings, the historical ensemble of Historicist-style buildings. Until 2013, the “Glass Palace”, as it was soon called in Vienna, housed the city’s data processing centre (Municipal Department 14) before it moved to the 22nd district.

The fact that the building was not used for other purposes has less to do with its controversial external effect than with its limited functional capacity. The room heights no longer corresponded to building regulations, the energy-related requirements were no longer up to date, and around half of the rooms were not naturally lit. For architect Harry Glück, who is best known for his visionary Alt Erlaa residential park, the demolition was “not an emotional problem”, as he told the newspaper “Der Standard”. He would regret it much more if the residential buildings he had planned were demolished due to changed requirements. In 2014 there was still an exhibition in the “Glass Palace” on Viennese housing in the post-war period, and in 2017/2018 the building was carefully dismantled and replaced by a new one: BUWOG’s customer and administrative centre.

A locus of modern residential culture

The competition for the new building was advertised throughout the EU and 145 submissions were received. No wonder: building in such a prominent city-centre location is a particularly appealing challenge for architects. The plans ranged from high-rise buildings to simple and minimalist solutions.

The winning project, based on a design by the consortium Schuberth Schuberth / Stadler Prenn / Ostertag, prevailed due to its harmonious concept: with its elegant yet unobtrusive exterior, it fits in perfectly with the Historicist style. With regard to height, the historic level of the eaves of the City Hall block serves as orientation, and the building is a bit smaller and one floor lower than the former “Glass Palace”. This made it possible to retain the line of sight from Josefstädter Straße to St. Stephen’s Cathedral, which was demanded by residents and the city. Accessible from all sides and consisting of three lower floors with a supermarket, loading area, technical services, garages and storage facilities, a ground floor, seven upper floors (office levels) and a rooftop terrace, the building is both distinctive and contemporary. This is probably also due to the façade, which stands out with its depth, material and detail. The architectural firm Atelier Heiss is responsible for the original interior design, which approaches the theme of “residential living” in a variety of ways.

Having opened in June 2020, the BUWOG customer and administrative centre meets the diverse needs of a contemporary, urban working environment. New standards have been set in the areas of sustainability, occupational health and customer relations.

BUWOG’s new location stands at the end of an exciting history, in a place that offers an insightful micro-historical perspective on urban development and architectural history. There is one thing this location has always retained: then, as now, it is a important place for gathering, a place to be: once an imperial parade ground, then an important market square, later a municipal cultural centre, then the “brain” of the Viennese administration, it is now a central location of the Austrian real estate industry. Rathausstraße 1 possesses tradition and prospects for the future. Based on its richness of experience, that’s also why BUWOG is in the right place here to advance the concept of residential living in the 21st century further and to make “happy living” a thing of everyday life.

The BUWOG blog also enables employees who do not blog regularly and therefore do not have their own author profile to contribute and present topics.

If possible, we will identify such contributions by name and publish them under this general BUWOG editorial profile.
To the profile ofBUWOG Show all posts byBUWOG