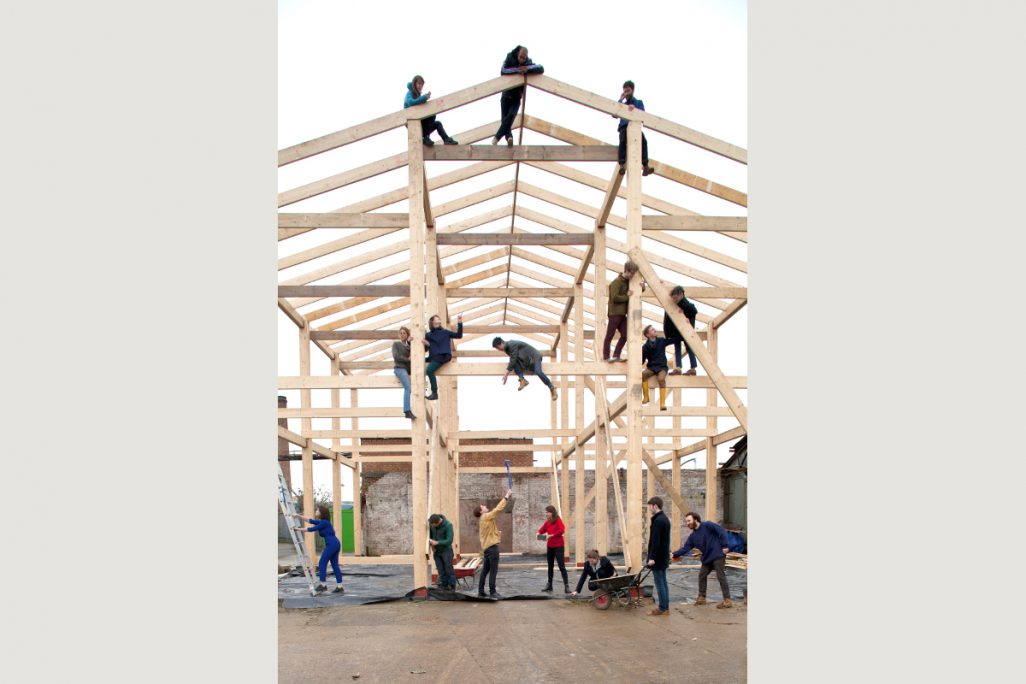 The Architekturzentrum Wien (Az W) is the Austrian museum of architecture and views itself as an exhibition, event and research centre on the subject of architecture and Baukultur, a term referring roughly to the wider cultural and social perspective of architecture. The BUWOG Group has been a proud sponsor of Az W since 2006 and values the inspiring exchange of ideas with this Viennese institution.

The current exhibition „Assemble. How We Build“ can be viewed through 11 September 2017 and examines the work of the British architecture and artist collective Assemble, which first drew attention to itself in 2010 with the conversion of an abandoned petrol station into a temporary cinema. Five years after the founding of Assemble, the group was awarded the Turner Prize, the United Kingdom’s most important art prize, and as a result is well-known internationally.

Assemble’s projects are characterised by their social components, strong user involvement, sparing use of materials and implementation of available resources. “Their projects are prototypes for how a society could be built differently”, Angelika Fitz, director of Az W since 2017, writes in the foreword of the exhibition’s well-designed catalogue.

Why Angelika Fitz is featuring the exhibition “Assemble. How We Build” at the outset of her term as director?

“Actually, since I’ve taken this position I’ve been frequently asked whether I’ll create an agenda for an architecture museum which is also interesting for non-architects. Has architecture become distanced from everyday life? Does society no longer expect anything from architecture? I’m not willing to settle for that, so I’ve placed the question “What can architecture do?” at the core of the new direction”, Fitz says in her foreword.

It’s about architecture recovering the capacity to be proactive, and with its work the Assemble team seems to provide an impressive answer to the question of what architecture can do. This also includes questions of what material and form can do.

Assemble provides an especially intensive examination of the building material brick. Together with students at the Vienna University of Technology, where Assemble also holds an assistant professorship at present, the BRICKerl has been set up in the interior courtyard of the Az W (in the Museumsquartier). It is a pavilion of unrendered, perforated Wienerberger brick, which provides an inviting, breezy venue for meeting in the summer months and simultaneously displays a special reverence to brick as a central building material for Vienna.

Assemble also inserts the playful element visible in the BRICKerl in its projects in the United Kingdom, and it’s not always a building that results at the end of the process. For example, with the Baltic Street Adventure Playground in the Glasgow district of Dalmarnock a space in which children find a place to live out their creative as well as destructive impulses was established in close cooperation with the kids and families from the area. Thus the adventure playground is constantly transforming and adapting to the children who use it, who are encouraged to organise themselves and participate in construction.

“What would architecture look like planned with the participation of children?”, Angelika Fitz asks in an exciting question in the volume on the exhibition.

An preview and outlook of the rest of the Architekturzentrum Wien’s exhibition programme can be found at: https://www.azw.at