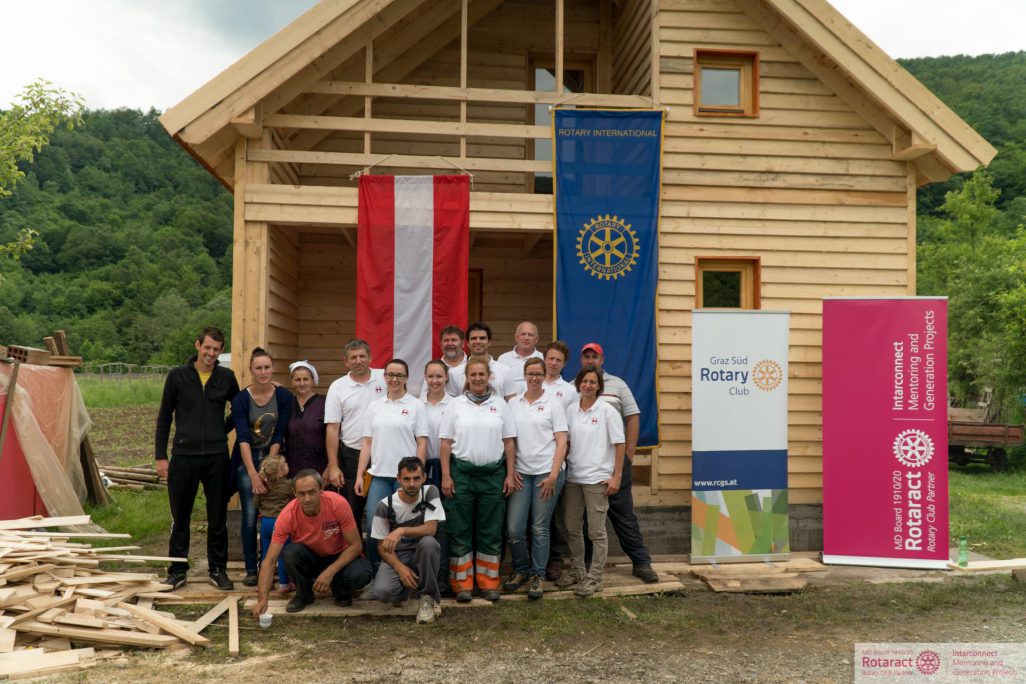 As in previous years, the BUWOG Group also forwent Christmas gifts for business partners in 2016, donating to a good cause instead. BUWOG’s 2016 Christmas donation made the construction of a house for needy families possible in Srebrenica, Bosnia-Herzegovina.

The region of Srebrenica suffered incredibly during the Bosnian War and is marked up to the present day by the crimes that were committed there – in 1995 alone around 200 villages were completely destroyed. Then in 2014 there was a disastrous flood that also took what little the war had left them from many people there.

Together with the organisation Farmers Helping Farmers, Rotary, Rotaract and Interact clubs from Austria joined together to support the people of Srebrenica with reconstruction. The generational project “Building a House in Srebrenica/Bosnia” was established under the organisational management of Intarconnect – a youth project aimed specifically at bringing Intaract, Rotaract, Rotex and Rotary together in a mentoring programme, workshops, trainings and generational projects. Groups of five to eight people each had to find sponsors to finance four houses and then build the houses single-handedly. 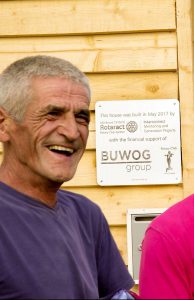 Designed as a generational project, the construction project brought together around 30 people between the ages of 15 and 71 from Austria and Bosnia, who worked together successfully despite numerous challenges such as language barriers, different cultures and varying degrees of experience on a construction site. As part of the project four homes for four families were built within just five days. One of them was financed in full by the BUWOG Group. That house is now the Olovcic family’s new home. Muju Olovcic fled during the war to the Netherlands and upon returning to Bosnia found his former brick home had been completely destroyed. Now he and his family have an approximately 60 sqm new home in which they can live in safety.

Employed at BUWOG since: September 2016

My area of activity encompasses the entire spectrum of corporate communication, from press relations to internal communication to editing the various company websites. Prior to my activity at BUWOG I was employed as a PR-consultant at a Viennese communication agency.
Regarding my work at BUWOG, I especially like the good cooperation in the team and that every day there is something new and exciting to learn.